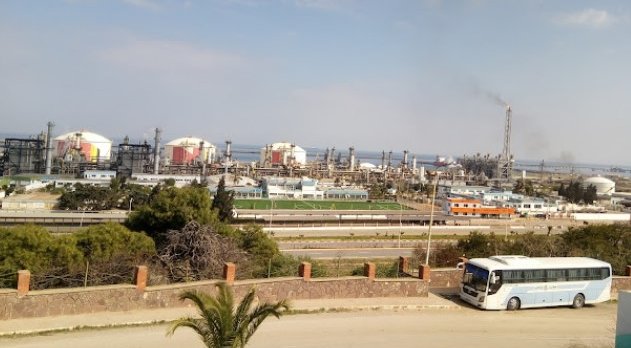 Spanish Government admits there will be a 'moderate' increase in gas prices. image: google maps

Spain’s Minister of the Environment, Teresa Ribera, admits will be a ‘moderate’ increase in gas prices

Teresa Ribera, Spain’s Minister of the Environment admitted this Thursday, April 7, that there will be a slight increase in gas prices from Algeria. Sonatrach, the Algerian state-owned company, has been in discussions since last year with Spain’s Naturgy, with whom it jointly manages the Medgaz gas pipeline, which brings gas to Spain through Almeria.

Naturgy had said it hoped that prices would not increase, but today, Ms Ribera confessed it was likely there would be a ‘moderate rise’. Speaking with TVE, and reported by Europa Press, she said, “Sonatrach’s intention is to raise prices, but that has been since October, because it understands that prices are well below the price at which gas was quoted on international markets”.

Sonatrach and Naturgy – which has a 49 per cent stake in the operation of the only gas pipeline that currently transports gas from Algeria to Spain – have been carrying out an ‘ordinary review’ of prices since last October. Unfortunately, the conflict in Ukraine has served to increase prices.

Ribera stressed that it is a ‘strictly commercial, and not between governments’, although it has occurred at the worst time. Spain is in the midst of a diplomatic crisis with Algeria due to the agreement between the Government and Morocco on the Sahara.

This has resulted in Algiers recalling its ambassador for consultations three weeks ago, without any indication as to when he will return. The crisis affects what is by far the main supplier of gas to Spain, and the origin of the only gas pipeline that works at the moment.

Last Monday 4, Francisco Reynes, the president of Naturgy, warned that a price reduction would be impossible, and was laconic about the possibility that, conversely, there would be a rise. “We’ll see,” he pointed out”.

“We are not today in a conjuncture where we can wait for a descent of the gas”, warned the president of Naturgy. “You have to see the price in any international market, in the Netherlands it has risen 500 per cent”.

“To think that a price revision today in Algeria is going to mean a drop in price, I think, is to be out of touch with the world”, he added.

Asked if the Government’s position in relation to Western Sahara could harm the supply of gas from Algeria, Ribera responded that it is “essential for Spain to have an excellent relationship with both Morocco and Algeria”, while lamenting that there is not always a “fluid relationship” between those two countries

“The relationship with Algeria, which is a reliable country that complies with its commitments, seems to us to be assured at this end of the gas supply in accordance with the needs and on the terms that Spain has been buying for a long time”, assured Ribera, adding that Spain’s confidence in Algeria fulfilling its commitments is “total”, as reported by 20minutos.es.