Travel chaos expected over Easter in the UK 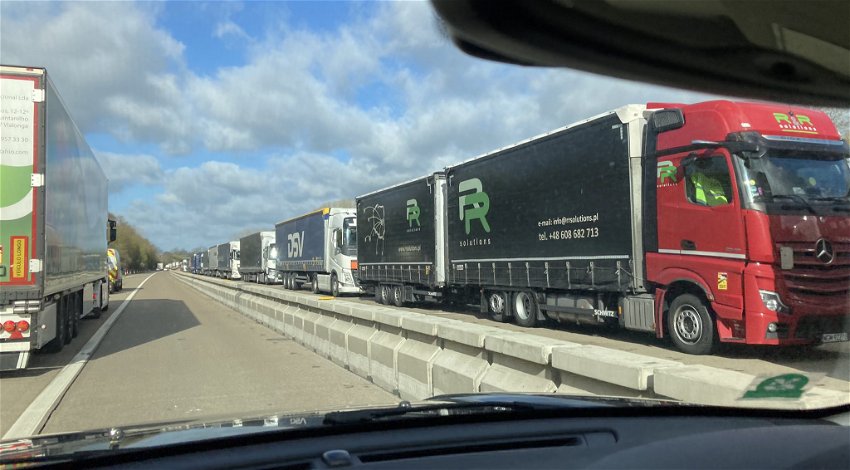 Travel chaos expected over Easter in the UK. Image: @fanbloodytastik

Travel chaos is expected over Easter in the UK.

THE UK is expected to be struck by travel chaos over Easter as many watchdogs predict further flight cancellations, long delays on the roads and “severe pressure” at ferry ports.

Holidaymakers are being warned about ‘severe’ travel issues next weekend as the UK gets ready to celebrate the Easter holidays.

Staff shortages at both airlines and airports have seen hundreds of flights scrapped in recent weeks.

Road travel is also set to be affected with the AA predicting more than 27.6 million car journeys between Good Friday and Easter Monday. In fact, according to the breakdown service, some 13.6 million are expected on Good Friday alone.

“With more than 27.6 million trips planned over the bank holiday weekend, we can expect significant congestion across the UK as people flock to coastal resorts and holiday homes.”

The recently launched Operation Brock, which was meant to help alleviate traffic issues in Kent as lorries and vehicles head towards Dover, has seen officials struggle to contain the cross-Channel chaos, as reported by LBC.

Thousands of lorries heading for the Port of Dover or Eurotunnel have been able to park along a 23-mile stretch of the M20 from junction 8 to junction 11 under Operation Brock, but this has only seen travel tensions continue.

Trevor Bartlett, leader of Dover District Council, warned the port will be “under severe pressure throughout the busy Easter getaway”.

In an open letter, he wrote: “It would be remiss of me not to warn you to expect, and prepare for, some disruption again this weekend.

“I have made it clear to the Kent Resilience Forum, Kent Police and Kent County Council that we will not tolerate another weekend of gridlock in Dover.

“For too long, local residents and businesses have had to endure disruption and, quite frankly, deserve better.

“We share your concerns about the impact of gridlock on local businesses and access to vital health and social care for our most vulnerable residents.

“Many are rightly worried about how the emergency services would be able to respond to a major incident when all routes into the town are effectively cut off.”

The Port of Dover has urged passengers to “allow plenty of time for their journey” and said it is working “tirelessly to move traffic as effectively as possible.”

“We served 30,000 departing passengers, triple that of the corresponding weekend in 2021,” it said in a statement.

“Unfortunately, the commencement of the busy Easter getaway period coincided with the ongoing impact of reduced ferry services and bad weather that affected remaining operators earlier in the week, causing one vessel to be taken out of service for a couple of days. This caused some delays, notably for freight.”

Brits looking to get a ferry over to France with P&O are likely to be disappointed following the continued fall-out from the sudden sackings in March.

Rival DFDS said that an agreement to carry P&O passengers is coming to an end and from Friday, April 8 its regular services to and from Dover or Newhaven to Calais will not be able to accommodate P&O customers.

Speaking to Sky News, DFDS said that they were unable to extend the 14-day deal as its ships were already full.

“As we look towards the weekend and Easter, we have very high booking levels, which sadly means we won’t have any spare capacity available for other operators.

“We will of course do everything we can outside the peak weekends to carry as many P&O customers as possible.”

Its statement added: “We are adding extra sailings where we can, and have also been able to move some traffic to our new unaccompanied route from Sheerness to Calais to help relieve the congestion in and around the port.”