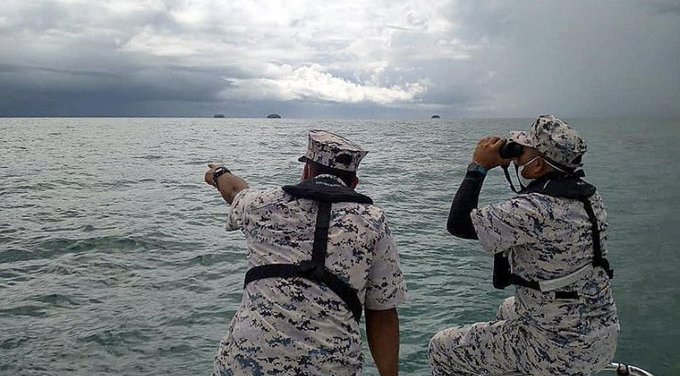 A couple who went on a diving expedition off the coast of Malaysia have been found drifting at sea after going missing more than two days ago.

The British man and French woman were spotted by fisherman at around 1am on Friday April 8th, a considerable distance away from where they were last reported. The couple Adrian Peter Chesters, 46, and Alexia Alexandra Molina, 18, are said to be in a stable condition according to Cyril Edward Nuing, the Mersing District Police Chief.

A search is still underway for Mrs Chester’s 14-year-old-son who is still missing with the search area now having been expanded to cover a much wider area. Two planes, 18 boats and about 90 individuals are involved in the search for the missing boy.

No sign of missing three divers off Mersing east coast of Malaysia. Search resumed at 7am and has expanded beyond 1000 square nautical miles. 115 officers, 2 aircraft and 11 boats from maritime enforcement agency, marine police are involved in search & rescue operation (vid:MMEA) https://t.co/B8t5xYz47K pic.twitter.com/ETEKMH5pFY

The diver instructor, Kristine Grodem, 35, from Norway, was rescued on Thursday after a training dive near Tokong Sanggol, a small island off the southeastern town of Mersing.

Ms Grodem told officials the group surfaced about an hour into their dive, but could not find their boat, with the boat operator having apparently left. They then got separated after being caught in strong currents.

He has since been arrested after testing for drugs and has been detained for further questioning.

It is understood that the divers were hoping to obtain their advanced licences.

With the couple found after drifting at sea for two days, concern is rising for the safety of the missing 14-year-old.