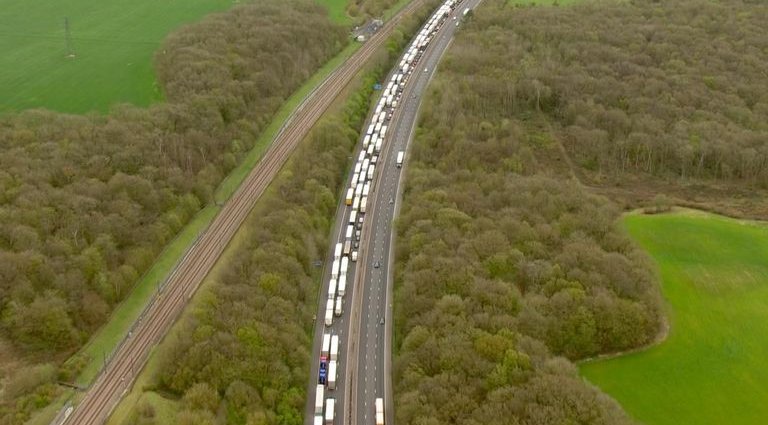 The chaos at the start of the Easter holidays continues with customs disruptions at ports and airports, flight cancelled due to staff illnesses and continued fallout with P & O ferries still suspended following their sacking of staff.

The travel situation has been described by some at the start of Easter term break, as worse than the start of Brexit when there were long delays due to staff training and the implementation of new checks and documentation.

Passengers have been urged, as they have all week, to get to the airport early with significant delays being reported at border control posts. Manchester Airport have said passengers should allow at least another 90 minutes more than usual for the check-in with long queues reported at most airline counters and security checks.

Flights are also being cancelled at most airports with staff sickness still hampering the ability of some airlines to offer a full service. The situation seems to be worse at the main airports with Heathrow worst affected.

Passengers are again urged to check flights before departing for the airport, to allow for extra time to get to and through the airport. They are also urged to make sure that they have the correct documentation to hand when checking in as that will help to speed up the process, with some countries like Spain having recently changed their entry requirements. Visit spth fpr updated information including confirmation of the change ovenight that unvaccinated travellers may not visit Spain.

P & O Ferries remain out of operation after the fiasco involving the sacking of sea going staff and the resulting safety failures. That means roughly a third of ferries operating from Dover remain out of action significantly adding to the woes at the port.

It is understood that there are also significant delays at border posts and technical issues being experienced with computer systems that are used to record documentation post Brexit.

Although the situation in Dover is bad, it’s understood that non-commercial traffic is flowing near normal, with the authorities saying they handled 30,000 departing passengers last weekend nearly three times the same number in 2021.

It is estimated that there are more than 2,000 trucks stuck on the approach to the Port of Dover, with customs issues and fewer available ferries resulting in long delays.

Operation Brock, implemented by the Highways Agency and other authorities, continues to manage the commercial vehicle traffic but is said to be causing major traffic issues throughout the area with some diversions still in place.

Spain’s main haulage association, Fenadismer, said: “Drivers have to remain trapped inside the trucks, without being able to access adequate resting places or minimum hygienic and sanitary conditions.” They added that the situation is as bad if not worse than when the new port checks were introduced in December 2020 following Brexit.

One part of a queue out the U.K. last Friday . [email protected] exaggerating operation brock wasn’t long enough for the sheer amount of trucks waiting to queue . I counted 24 miles – and that didn’t include the road into dover docks . pic.twitter.com/6o6KnrFNhh

According to the Office for National Statistics (ONS) trade with the EU is nearly back to pre-Brexit levels, further adding to the capacity issues at the port.

The travel news is not what passengers or truck drivers keen to get home, want to hear at the start of the Easter break with customs disruptions, flights and ferries cancelled.