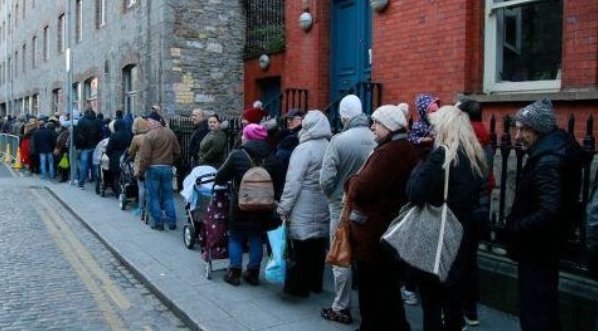 Russians are beginning to feel the pinch with Rosstat, the Russian statistics agency, saying that the inflation rate year-on-year for March reached 16.7 percent, and for those on low income it nears 20 percent.

The announcement made on Friday April 8th shows a 7,5 percent jump in prices for the month of March alone, the first full month of statistics since Russia invaded Ukraine.

Although the Russian central bank set an inflation target of four percent, the country has been hit by unprecedented sanctions pushing prices sky high. The cost of the war will according to some analysts push inflation as high as 24 percent this year.

The poor in Russia are particularly suffering with the cost of staple goods already having risen around 20 percent this year, pasta for example has gone up 25 percent, butter 22 percent and sugar 70 percent. Fruit and vegetables have also jumped 35 percent, whilst non-food products such building materials and home electronics have gone up between 32 and 40 percent.

Russia Rations sugar to 10k per family. City of Severfodvinsk they push ouf one basket of sugar when the scuffle started when the sugar was gone.Spokeperon Dimity Petkrov for
Putin told people shop toilet paper,buckwheat,sugar but people ars finding shortages. pic.twitter.com/ExGBT3mRYH

With supplies short worldwide of many key commodities, Russia is finding it even more difficult to bypass sanctions. The situation is being exacerbated by logistical difficulties with the country having to work around import and export bans.

The Moscow Time spoke to shoppers in St. Petersburg, the country’s second largest city where everyone said they were feeling the pinch. Most bemoaned the fact that wages weren’t rising at anywhere near the same pace but as one retired shopper said: “Since the top management and our president think that there have to be price rises, I calmly accepted it. What else can you do?”

The longer the war goes on and the more sanctions bite, the more inflation will rise and the more Russians will feel the pinch.