Major cocaine smuggling gang busted in Algeciras with 3,500 kilos of the drug found 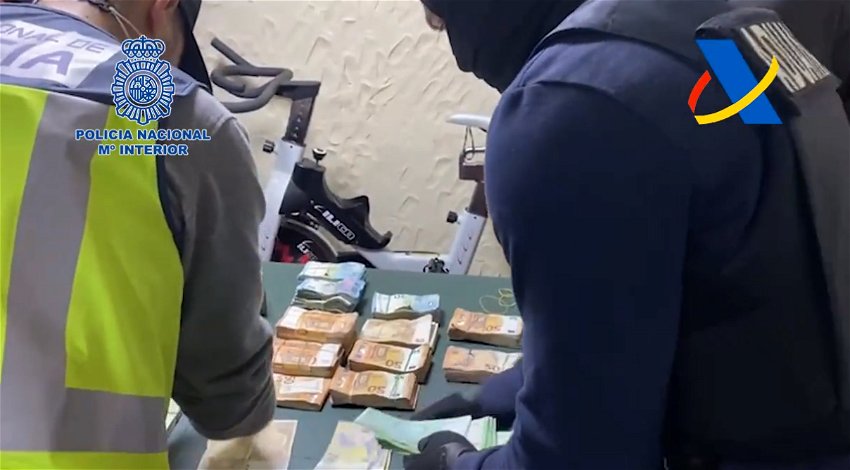 A joint operation involving officers from National Police and Tax Agency has dismantled a major criminal organisation that smuggled large quantities of cocaine into the Port of Algeciras, Cádiz.

A total of 3,500 kilos of cocaine has been seized in the Operation Bull raid and €250,000 in cash from the cocaine smuggling criminal organisation.

A video from the National Police shared on Twitter shows part of the operation, announced on April 9, which has resulted in four arrests.

Two people were arrested in Algeciras, one in La Rioja, and another in Valencia.

Further arrests have not been ruled, authorities said.

The gang used an extensive business network dedicated to the import of containers from South America to smuggle the cocaine into Spain.

The Ministry of Finance, in a press release, said customs and merchandise transport companies, mainly from Ecuador, were used by the gang.

The major criminal organisation controlled the entire process of introducing the drugs into Europe, from importation at source to final distribution in Europe, through their corporate network.

The strike has been described by officials as “one of the biggest” raids carried out on large-scale cocaine trafficking through the port of Algeciras, which closes one of the most active routes of entry of the drug into Europe.

Two of the detainees have been remanded in custody on charges of drug trafficking, membership of a criminal organisation, and money laundering.

Originally from Dublin, Fergal is based on the eastern Costa del Sol and is a web reporter for The Euro Weekly News covering international and Spanish national news. Got a news story you want to share? Then get in touch at editorial[email protected]