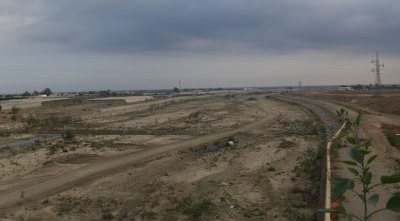 Figures released by Spain´s Met Office, AEMET, show that March was the least sunny month in Spain in the last 39 years.

In a press release issued on April 7, the forecasting body also notes that the average rainfall over peninsular Spain was 104 mm, which is equivalent to 223% of the normal value for the month.

It has been cold overall, with an average temperature of 9.2°C in peninsular Spain.

Last month was the sixth wettest March since the series began in 1961, and the fourth wettest in the 21st century.

Throughout the peninsula, the Balearic and Canary Islands, March was wet to very wet, becoming extremely wet in the Valencian Community, Murcia, Almería, Granada, Cádiz and southern Huelva, a large part of Madrid, Segovia, Ávila, Ibiza and parts of Aragón.

The accumulated rainfall was above normal in practically the entire national territory with the exception of some areas in the north of the peninsula, Tenerife and the south of Gran Canaria, where it was slightly below normal.

The highest daily rainfall reached in the month of March,was recorded on the 3rd at the main observatory of Elche airport (Alicante).

A total of 132.5 mm was recorded, the highest value since 1967 and one of the highest accumulated during the past month in Spain.

Similarly, during the whole month, 255 mm were accumulated at the Elche observatory, the highest value in its series since 1967.

In total, 127.5 hours of sunshine were recorded on average for the month of March in Spain, which is 44% less than normal, AEMET notes.