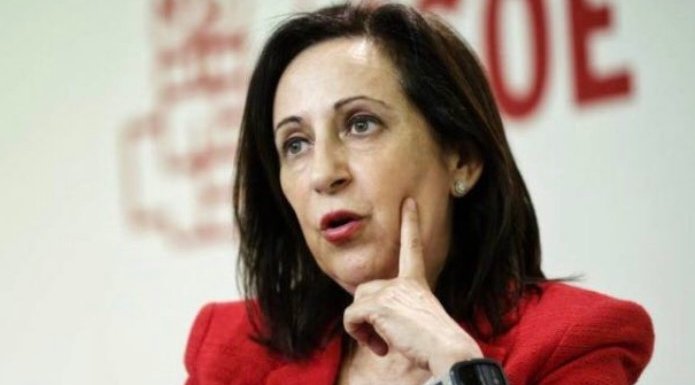 As stated earlier this week by the World Health Organization (WHO), they are also preparing for potential attacks of this type by the Russian military.

After visiting the San Pedro de Colmenar Viejo Base in Madrid, which is operating as a logistics hub, Ms Robles addressed the assembled media. She thanked the staff for their hard work after receiving the medical material that arrived from the General Health Inspectorate of Defence.

They have the task of reviewing and certifying a shipment of 11 tons before it leaves for Ukraine next week. This medical material has been arriving from different autonomous communities, and a total of 50 tons will arrive between Monday 11 and Wednesday 13.

Mr Robles praised the “solidarity of all the citizens of Spain and the autonomies”. The material sent to Madrid consists mainly of serums, antibiotics, analgesics, and anaesthetics.

Asked about the possibility of Russia using biological weapons, the minister admitted that there is a concern, both within NATO and the European Union. She pointed out that due to the cruelty of the war in Ukraine, “it is a scenario that cannot be ruled out”, while asking for alarms not to be raised ahead of time.

However, the minister has stressed that the Military Pharmacy Centre has “magnificent” qualifications, and professionals who prepare these antidotes, in order to be able to respond in case there is an attack of these characteristics. It offers “peace of mind”, she added, highlighting that the risk only exists because Russia possesses such capabilities, as reported by 20minutos.es.