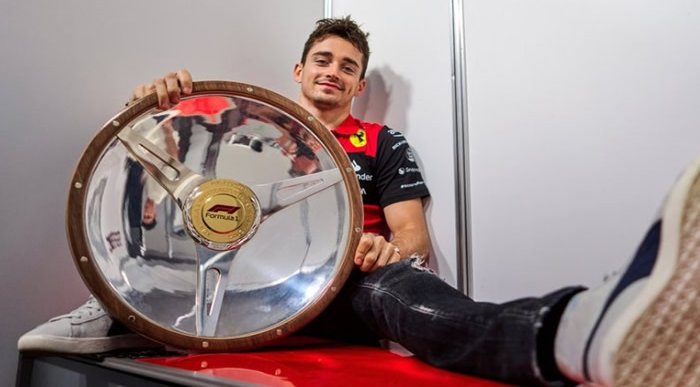 Sergio Perez brought his Red Bull home in second, with Mercedes’ new driver, George Russell taking the third spot on the podium. World champion Max Verstappen again failed to finish, retiring about two-thirds of the way through the race, with a technical failure.

Russell’s finish has elevated him into second place in the championship, a brilliant achievement so far in his first season with Mercedes. Lewis Hamilton seems to be struggling, finishing this race in fourth.

The French driver was imposing from start to finish, having secured pole position by a very big margin in qualifying. His task was made a little easier after Verstappen was instructed over the team radio to stop immediately after complaining he could “smell some weird fluid”. At this point, he was already seven seconds in front of the rest of the field.

An early safety car made an appearance after Carlos Sainz lost control while attempting an overtaking manoeuvre at Turn 9. From the restart, LeClerc managed to build a good lead over Verstappen who suddenly had tyre problems.

Sebastian Vettel was the next to crash his Aston Martin, bringing a second safety car into the mix. LeClerc was still on fresh tyres and Verstappen tried to make his move on the restart as they went into Turn 1.

The Ferarri driver held his ground and eventually pulled out a good lead before the Dutchman subsequently retired. As he pulled up, marshalls had to extinguish the flames that appeared from the rear of his Red Bull.

F1 returns to Europe for the next race, for the Italian Grand Prix at Imola, in two weeks’ time. The timing could not be better with Ferrari being in such commanding form, with the opportunity of a win on home soil in the offering.