Passengers collapse on planes amid chaos at Manchester Airport 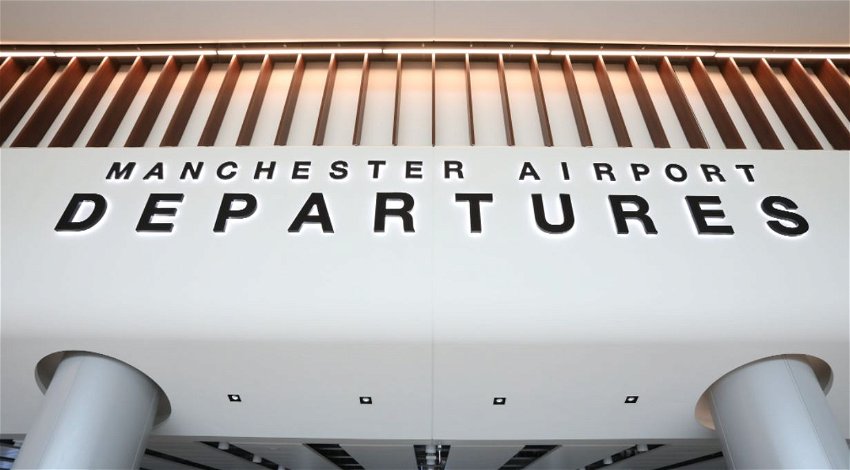 Jack Makin and his wife Laura Story-Makin had been heading off to Malta on holiday from Manchester Airport on April 1. The couple revealed that security queues had been so bad that children had to “urinate in plastic bags.”

As reported by The Manchester Evening News, the couple had a chaotic experience despite having arrived hours early at the airport.

Jack explained: “We were flying out of Terminal 3 but had to go through Terminal 1 to their security, and then across the Terminal 3 to fly as Terminal 3 didn’t have the staff to open security there,

“So we had two terminals worth of people going through one security area. It was mayhem. There was about five staff manning the whole thing and handing out trays for luggage. A family in front of us had a child who started being sick due to dehydration and heat exhaustion.

“Kids were having to pee in the plastic bags that you’d usually put liquids in. It was horrific.”

The couple had even considered giving up on their trip to Malta. Jack revealed: “I said to Laura we should just give up and go home a few times because it was past the time for our flight and we’d obviously missed it. After asking anyone who worked there if our flight had gone, no-one could answer us,

“We had to risk it all in the hopes our pilot hadn’t bailed on us after an intense five-hour battle.”

The couple finally made it onto their Ryanair flight but two people collapsed on the plane. Jack stated: “Trust me when I say this was the worst experience I’ve ever had at an airport, and I’ve travelled quite a lot. One of the staff members said to me he’s never seen it this bad before, honestly it was horrendous.”

Commenting on the collapsed passengers Jack revealed: “Laura went over to see what was going on. It turns out this poor lady was suffering from low blood pressure and fainted as she entered the toilet. Laura along with the absolutely brilliant Ryanair staff lay her down and elevated her feet. A few minutes later she was feeling better.

“Within 10 minutes an older gentleman walked past our seats and just dropped to the floor with a horrible thud. Laura leapt out of her seat for a second time and ran to the man’s aid. Luckily a surgeon was onboard and they realised he had low blood pressure and monitored him for a while.”

A spokesperson for Manchester Airport commented on the issues experienced on Friday, April 1. The spokesperson stated: “We apologise to passengers whose experience on the evening of Friday 1st April was unsatisfactory. Our industry is facing staff shortages and recruitment challenges at present after the most damaging two years in its history. On some occasions, including on the evening in question, this led to delays in passing through security, as well as other parts of the passenger journey that are managed by airlines and third parties, such as check-in and baggage reclaim.

“Wherever possible, our security staff prioritised passengers within queues, with the aim of ensuring that they did not miss their flights. We also have a special assistance service available for passengers who are less mobile and those who cannot stand for long periods, which can be pre-booked through their airline.

“We have launched one of our largest-ever recruitment drives and hundreds of new security staff are in the process of being vetted and trained. Unfortunately though, this is not a quick process, and at times in the coming weeks, we do expect wait times in security to be up to 90 minutes.”

The spokesperson added: “As such we are asking passengers to arrive at the airport three hours in advance and to double-check their hand luggage complies with security rules before arriving, as any additional screening of bags will add to wait times. If passengers do this, we are confident that we will be able to get them away on their travels.”