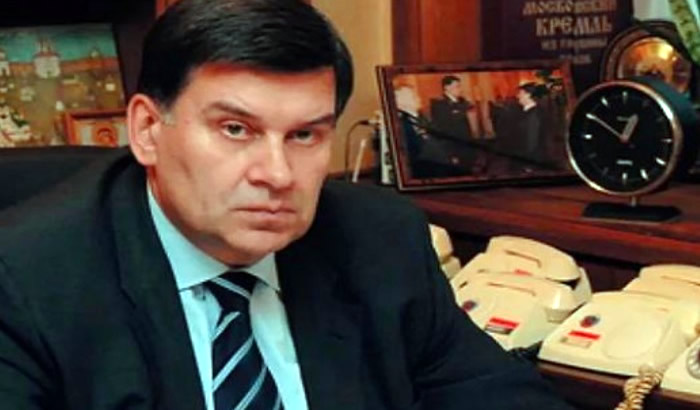 Col-General Sergei Beseda, a top FSB officer, has allegedly been moved to the notorious Lefortovo Prison in Moscow

According to Russian intelligence expert Andrei Soldatov, Vladimir Putin has moved Col-General Sergei Beseda, a top FSB intelligence officer, to the notorious Lefortovo Prison in Moscow. The 68-year-old was previously believed to have been under house arrest.

A top FSB intelligence official has been moved to a high-security jail in Moscow as Vladimir Putin purges his secret services over the botched Ukraine invasion, say reports.

At the time of his arrest, Beseda was head of the 5th Service of the Federal Security Service (FSB). He was detained last month, along with his deputy, Anatoly Bolyukh, in what was seen as Putin venting his anger over the failure of what was supposed to be his rapid takeover in Ukraine.

It is claimed that the FSB spy chief has been moved to this high-security prison in preparation for a pre-trial. Charges relating to poor intelligence reports prior to the invasion are thought to be among those the spy chief will face.

This action is undoubtedly also designed to act as a warning to Putin’s other senior Putin aides. The Russian leader is said to be extremely unhappy with the way things have progressed, in a conflict that has dragged on longer than he ever imagined it would.

Soldatov has reported that Beseda’s case is being investigated by the Military Investigative Department of the Investigative Committee. Shortly before his house arrest occurred, the intelligence chief had been on a trip to Ukraine, and was a trusted secret services official, having been head of the 5th Service since 2009.

Rumours have spread that Putin is paranoid about moles within his top-level officials. The Moscow jail is known to be used for imprisoning suspected traitors. While Soldatov has revealed this alleged information on Beseda, there has been no news on the other detainee, Bolyukh. To date, Russia has not confirmed the arrest of either officer, as reported by dailymail.co.uk.

Originally from Wales, Chris spent years on the Costa del Sol before moving to the Algarve where he is a web reporter for The Euro Weekly News covering international and Spanish national news. Got a news story you want to share? Then get in touch at [email protected]ynews.com