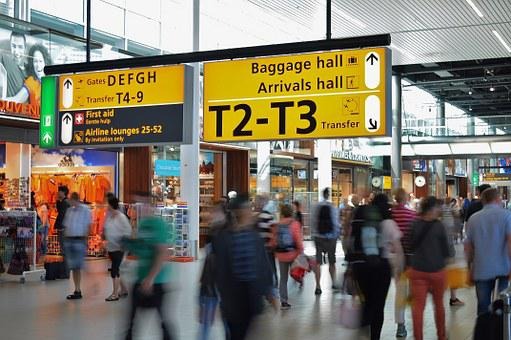 John Paton and his wife Sheila had been heading for Spain’s Malaga from Newcastle Airport. As reported by WalesOnline on April 10, the couple’s holiday got off to a bad start when the meet and greet representative was not present.

The couple had booked their parking with Looking4Parking via Ryanair. After arriving at the airport no one answered their call to collect the car. The couple was forced to pay a second time around for parking.

As reported by ChronicleLive, John explained: “We had no choice but pay for more parking through the airport’s official site and had to pay another £66.99 to park. It was awful – we were conscious that we were running out of time to get through security to catch our flight. The whole thing was very stressful.”

When the couple returned from their holiday they set out to get a refund. John commented: “We were told to contact Looking4Parking, as the service was provided by them,”

“Neither company has been very helpful at all.”

John went on to add: “The service was supposed to ensure a relaxing start to our holiday, but instead we ended up with just enough time to get through security before our flight was called. I’ve got my money back – eventually – but I want to warn others who might have already booked to be aware there may be a problem.”

A Spokesperson for Newcastle Airport revealed: “Several passengers have had a negative experience with the operator and we have been assisting them with replacement, on the day, car parking products where possible.”

The spokesperson went on to add: “We recently became aware of an illegitimate parking provider claiming to offer a parking service at Newcastle International Airport. Since then, we have worked closely with the car park consolidators to remove this unofficial product from the market to protect our passengers.

“If passengers are looking to book car parking at the airport, we recommend they book direct through the airport’s website or via the Airport call centre to ensure they receive an official on-site product.”

A spokesperson for Ryanair commented on the issue and said: “the car park operation is legitimate. ‘Looking4’ work with the operator at multiple UK airports. Looking4 stringently checks all operators and as soon as they became aware that the car park at Newcastle was experiencing operational challenges, they were immediately removed from sale and refunded any customers who were inconvenienced.

“Furthermore, as soon as Ryanair becomes aware of any customer issues, we then immediately raise these with Looking4, who take the necessary action. Mr Paton was refunded £49.67 on 15 th of March for the amount paid, and a second payment of £66.99 was made on the 31 st of March which covered the additional payment the customer needed to pay at the airport.”