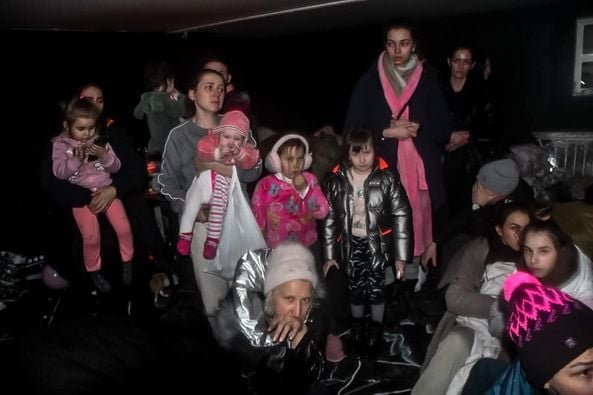 European Commission President Ursula von der Leyen announced on Saturday April 9th, that ten billion euros had been pledged in support of Ukraine and its refugees.

Making the announcement in Warsaw von der Leyen said that an international fund raising drive had generated 9.1 billion euros that will go towards rebuilding the country and to helping its more than four million refugees recover.

She also said that the European Bank for Reconstruction and Development (EBRD) is adding another billion euros bringing the total up to 10.1 billion.

The event, called “Stand Up For Ukraine” was convened jointly by von der Leyen and Canadian Prime Minister Justin Trudeau, and was put together to prompt political leaders and global celebrities to provide funding and other donations for the people of Ukraine.

She said: “I was yesterday in Kyiv and I visited Bucha. And there are no words for the horror I’ve seen in Bucha, the ugly face of Putin’s army terrorising people. And I have so much admiration for our brave Ukrainian friends fighting against this. They are fighting our war.”

The announcement comes on the same weekend that NATO pledged to build a permanent presence on the border of European member countries, to ensure that no other country is threatened in the same way Ukraine has.

The decision to hold the event in Warsaw was made because of Poland’s response to the humanitarian crisis, taking in more than 2.5 million of the 4.4 million people that have fled Ukraine.

Importantly the event not only the purse strings of other countries but also those of celebrities, with a host of international artists producing a promotional video for the event. Among those Oprah Winfrey, Priyanka Chopra Jonas and Bastile.

A Global Citizen-organized social media rally on Friday urged governments, institutions, corporations and individuals to help fund humanitarian efforts in Ukraine and other regions of the world. Celebrities are being asked to use their social media accounts to publicise the effort, using the hashtag #StandUpForUkraine.

Among the artists using the hashtag are Bruce Springsteen who held a show on social media to raise awareness and funds and Barbara Streisand who tweeted a link to Global Citizen and wrote: “I supported and hope you will too.”

With many Ukrainians having lost everything and billions of damage caused by Russian forces, the ten billion raised by “Stand Up for Ukraine” will go a long way in rebuilding the country.