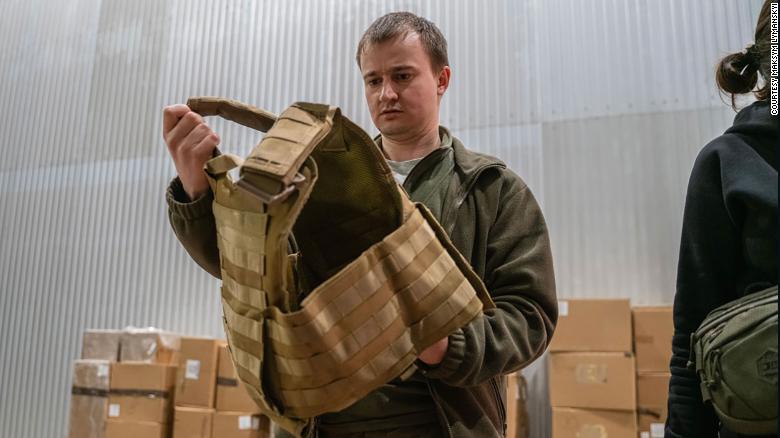 In what has been described as an unprecedented move, Ukrainian civilians are to receive donations of protective gear from police forces across the US.

According to experts in the US it’s unprecedented for US law enforcement agencies to donate police protective equipment and military-grade gear to a foreign country that is involved in an ongoing war. The donations, whilst welcomed in Ukraine, raise many legal and ethical questions about whether domestic law enforcement agencies, should send equipment to a foreign conflict outside of their jurisdiction.

According to a report by CNN there’s no central coordinating group, which means there is no easy way to say what’s being shipped or whether it’s subject to export regulations.

Despite the legal questions police departments are still going ahead with the donations working with charities such as the Ukrainian American Coordinating Council (UACC).

On Friday April 8th both the governors of Iowa and Nebraska announced schemes to donate police protective gear, including military-grade equipment such as helmets and vests.

The two states are the latest in a long growing list of police departments from California to Vermont who appalled by the humanitarian crisis in Ukraine, have donated non-lethal police gear.

The UACC and others have obtained licenses to export level III ballistic vests and helmets, as well as a special authorisation from the State Department for level IV vests in a limited capacity, according to reports.

Armour that is classified as level III provides protection against rifle rounds and level IV is rated by the National Institute of Justice as the highest level of ballistic protection. In terms of the export licences this equipment can only be provided to civilians and not to the armed forces.

According to the UACC, Come Back Alive a Ukrainian charity, is distributing the equipment to hotspots across Ukraine.

It is understood that the typical vest worn by a police officer, rated to stop most handgun rounds, does not qualify as military-grade and so can be exported without a licence.

The debate and the legalities and the ethics is continuing in the US, but for now police forces will continue to send Ukrainian civilians protective gear to help keep them safe from Russian forces.