Angela Ferrari discusses the power of healing through music 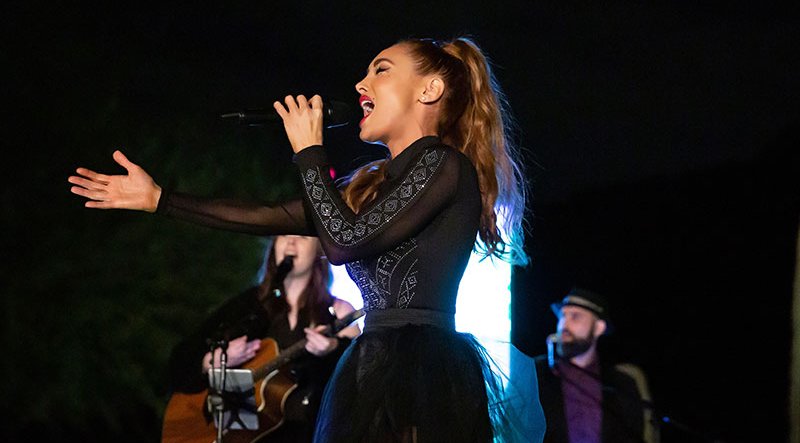 Professional singer and spiritual healer Angela Ferrari recently went on record to talk about the importance of music and how it can induce healing. The “Shift” owner, a revolutionary life coaching platform, firmly believes this and has gone as far as to merge her two careers in healing and music to demonstrate this. Ferrari uses the platform she has gained in her music career as a stage from which to educate about emotional balance.

By intertwining these concepts into her music, Ferrari has seen success in both aspects of her life, with her singing career skyrocketing from a hobby in a bedroom with a microphone her father set up to performing in front of 70,000 people and her passion for healing forming itself in her triumphant company. This article will discuss the ways in which Ferrari incorporates her spiritual work into her music in order to achieve healing, as well as an exploration of whether there is a basis for this.

The healing power of music

Interestingly enough, there is some establishment of music as a form of therapy to aid patients in meeting their needs, ranging all the way from emotional to social. In fact, it is often referred to as ‘the universal language’ and ‘great healer’. Medical research has even gone as far as hinting at the power of music for healing both physical and mental ailments.

Music can be seen to be used across a variety of cultures throughout time for the sake of healing. Almost every society has unearthed its importance to health and prosperity. Even the father of medicine, Hippocrates, was under the belief that music and the medical arts are tightly woven together.

Furthermore, studies into the subject have indicated music can have an impressive healing effect on people in a variety of conditions, from improving cognitive function in stroke sufferers to almost eliminating depression symptoms in dementia patients. It has even been known to make surgery less painful and wounds heal faster.

Ferrari adds to this already impressive healing power of music by blending it with her own spiritual teachings. The unique manner in which she does so, on top of producing deep and soulful music that anyone can find relatable, is testament to the genius of her method. These teachings lead listeners to have powerful self-realizations that drive people towards meaningfully changing themselves.

Using her company, “Shift”, as a platform, Ferrari is a modern-day teacher for the masses utilizing her music as a metaphorical microphone to spread her messages of the self far and wide. She envisions herself as an educator for the masses who provides guidance that prevails against the overwhelming pandemic of anxiety and depression.

In particular, Ferrari’s teachings are paramount to the youth of today, who are so plagued by the diseases of anxiety and depression. Her music spearheads the healing process on two fronts: by initially soothing the wounds of these mental ailments and by equipping youngsters with the tools to gain emotional balance and be in touch with their feelings.

Ferrari describes her music as alternating at times between “deep pain and … incredible bliss”. These motifs proved critically successful in her debut album “Heartbreak Mixtape”, which was released in 2019 and received extremely well.

Ferrari draws on her own journey through life, and the challenges she has overcome to reach the position she is in today, as the source of the teachings she hopes to educate the masses with.

Namely, the brave leap she made from a soul-sucking job in the corporate world to her passion: music. With no assurances her career change would work out for her, Ferrari just took the leap, and in doing so, realized many great truths which she weaves into her music.

By itself, the healing power of music is already impressive, it has been recognized as having healing powers for both physical and mental elements across a myriad of cultures, and even Hippocrates recognizes its power.

However, Angela Ferrari has managed to take it to another level through the merging of her music and modern day spiritual teachings to create a positive impact in a widely relatable way.