Director Michael Bay opens up about Will Smith slap 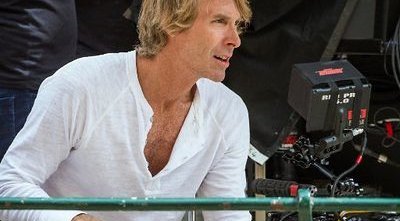 After the slapping incident involving comedian Chris Rock on stage at the recent Oscars ceremony, Will Smith has been banned from the Oscars for 10 years, with academy members calling for him to return his Oscar for Best Actor, but Michael Bay, one of the most famous movie directors in Hollywood does not agree.

In an interview with Entertainment Weekly, the Hollywood director, opened up about the slap. “At first, immediately I’m like, ‘Did this just happen? Then I saw the yell from Will. That’s a real Will yell. Will is an amazing fighter. He’s studied boxing. First of all, it’s wrong to do, no matter what. Let’s just get that out there. But when people said, ‘Oh, he could have killed him.’ No, a slap is different. A punch? Yeah, you can kill someone. Will gave him a slap.”

Michael Bay and Will Smith have worked on various movies together, including the Bad Boys franchise, with the first two movies grossing over $400 million at the worldwide box office and the third movie released in 2020 grossing $426 million worldwide.

Bay had previously refused to comment on the incident, telling a reporter: “I don’t really care. Hollywood gets very self-absorbed. There are babies getting blown up in the Ukraine right now. We should be talking about that. I really don’t care.”

When asked if he would collaborate with Smith again on other projects, Michael bay stated: “Absolutely, 100 percent. He’s a very even-keeled guy. Very even-keeled.”