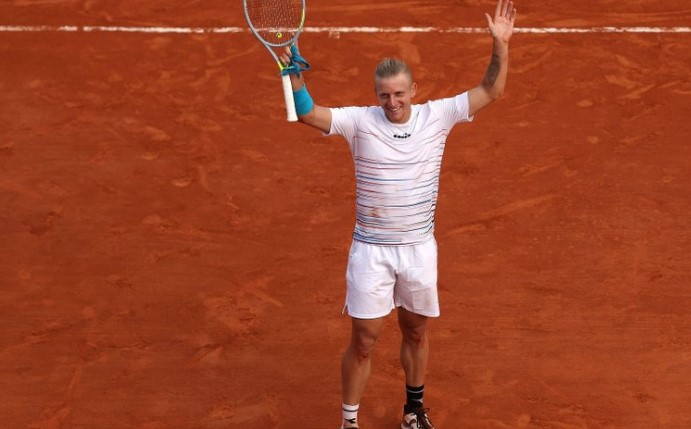 Spanish tennis star Alejandro Davidovich pulled off a stunning victory today, Tuesday, April 12, in the third round of the Masters 1000 in Monte Carlo. He shocked World No1 Novak Djokovic, winning an epic encounter 3-6, 7-5, 1-6, in 2hr 54mins, on the Court Rainier III in Monaco.

The young man from Cala del Moral in Malaga province played the best tennis of his career, against the Serbian player who is still ranked as the best in the world.

Davidovich displayed incredible form right when he needed it most, on the clay court of Monte Carlo. His skills were such that the legend from Belgrade even chose to applaud him after one point, as he went 4-1 into the lead.

The fact that the Balkan tennis player had not played a lot of competitive matches this year could never take away from this amazing victory. In fact, Djokovic managed to pull the score back to 4-3, before the Spaniard secured the first set 6-3.

In their two previous clashes, in Rome and Tokyo, the 22-year-old Davidovich had only managed to win three games in total. That was all to change today.

At 4-2 down in the second set, Davidovich had his opportunity to close the margin. His rival though showed exactly why he has 20 Grand Slam titles to his name, taking the second set 7-5 after a tie-break.

In what can only have been like a dream sequence to the Spaniard, the third set went from 2-1 to 6-1, with some brilliant play involved. Confidence was running through his veins as he delivered a crushing blow on the Serb to clinch the third set in style, as reported by malagahoy.es.

Alejandro Davidovich (+500) secures the biggest win of his career so far by taking down the World's No. ☝️ at the Monte-Carlo Masters! 🎾pic.twitter.com/6ZC8180oUn