Formula one gets heated over underwear ban 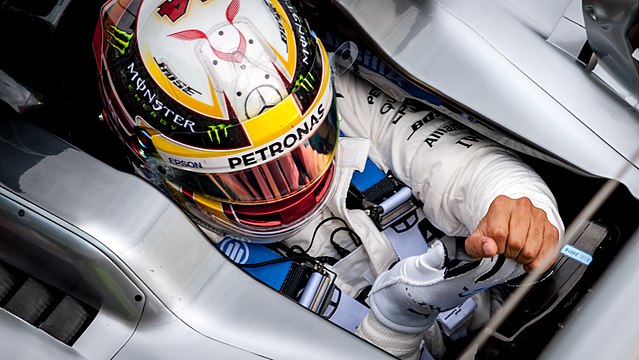 Formula one gets heated over underwear ban Source: Jack Archibald

The new race director for Formula one is facing mounting criticism as discussions with drivers get heated over his ban on flammable underwear.

Niels Wittich was dragged into a two-hour debate with drivers on Friday April 8th, the eve of the Australian grand prix, over his enforcement of a ban on flammable underwear,.

Drivers were both bemused and unhappy at the prospect of spot checks to ensure that drivers were wearing the correct underwear, whilst former drivers were surprised to hear that it took more than two hours to thrash out what should be a relatively minor issue.

F1 driver-turned-pundit Karun Chandhok told Telegraph Sport: “From what I understand, the drivers on Friday in Australia spent more time discussing the underwear thing than actually anything about the track.

“I think you have to question whether it was really of incremental benefit. Conversely, how much of a disadvantage is it just to allow their normal pants underneath? If a fire has got to that point, there’s a lot of other things to consider.”

Wittich said in his race notes that wearing jewellery was also a rule breach, despite Hamilton having done so for years. Those notes also raised the issue of underwear, which sparked the two-hour long debate.

The rule was ridiculed by drivers and teams afterwards saying it was laughable with AlphaTauri’s French driver Pierre Gasly saying: “If they want to check my arse, feel free, I’ve got nothing to hide. My c…, everything. If that makes them happy, feel free.”

Alonso, the double world champion, said in response: “I’m not too interested about these things. You know, I think we need to be flexible in a couple of these things. But it’s part of the show. I guess.”

Australian Daniel Ricciardo added his thoughts:  “This was the first time I’d heard about the fireproof underwear. Obviously we wear the leggings, if you want to call it that, but we don’t have actual underwear-underwear that’s fireproof, so that was just more of a surprise, I’d never heard of it.”

The FIA’s fear after Romain Grosjean’s horrific fiery crash in Bahrain in 2020 that drivers’ underwear could be flammable putting them at risk. The teams however say there is widespread resistance to the idea especially with it coming mid-season and not before.


The FIA has agreed to give drivers more time to find the right underwear, but it is not clear whether spot checks will be carried out. Horner, the Red Bull team principal, said: “I certainly won’t be checking our drivers’ underwear. For compliance, I see that as a team manager role, although I’m reliably informed our drivers go commando! Hopefully, it won’t be an issue for them.”

The issue of jewellery also caused somewhat of a stir with seven time world champion Lewis Hamilton having nose and ear piercings which he has no plans to remove. Team boss Toto Wolff said: “Is that [jewellery ban] a battle he needs to have? However, if it turns out to be the biggest unfortunate misstep of a race director, I would take it a thousand times over.”

The ban has been in place since 2004 but has never been fully enforced. Hamilton disagrees strongly with the rule saying: “They are personal things. You should be able to be who you are. There is stuff that I cannot move. “I literally cannot even take these [earrings] out. These ones on my right ear are welded in so I would have to get it chopped off. They will be staying.”

Drivers have apparently been warned that the could be fined or docked points for clothing breaches with Lucas di Grassi, charged 10,000 euros at the 2018 Formula E race in Punta del Este, Uruguay, for wearing underwear that wasn’t compliant.

With the dust still to settle over the removal of Michael Masi, the previous race director, things have already got heated over the formula one underwear ban.