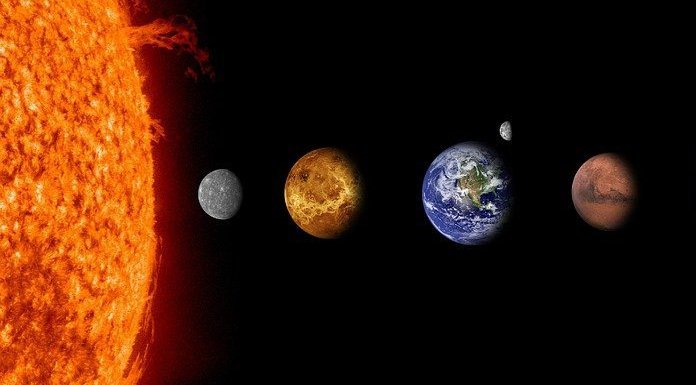 From 17 April onwards four planets will align in the sky allowing stargazers to experience a very rare phenomenon.

From 17 April, Saturn, Mars, Venus and Jupiter will form an almost perfect planetary alignment in the sky before dawn. Three of these planets, Saturn, Mars and Venus, have been grouping together for the whole month of March, but now Jupiter will also join the party. And adding to the excitement, on the 23, April the Moon will also align itself with the four planets.

This phenomenon can only be observed from our current position on Earth, if you were positioned in space, the four planets would be observable in completely different locations.

Planetary alignments do not happen very often, especially with as many planets as this particular event, so grab your telescope, or binoculars for the best view, although on this occasion the naked eye should suffice.

Astronomer Michelle Nichols from Chicago’s Adler Planetarium stated to Live Science: “We don’t always get this opportunity. Sometimes, it’s one or two in the sky; a lot of times, it’s none.”

And this month’s planetary alignment is only an appetiser, the main course will arrive on June 24, when all of the other planets in the Solar System, Mercury, Venus, Mars, Jupiter, Saturn, Neptune, and Uranus will join in an even bigger planetary alignment, although binoculars or a telescope will probably be necessary to view the last two planets.

To put in to perspective how special an occasion it will be, major planetary alignments, like this one, have only occurred three times since 2005, so make sure you do not miss it!