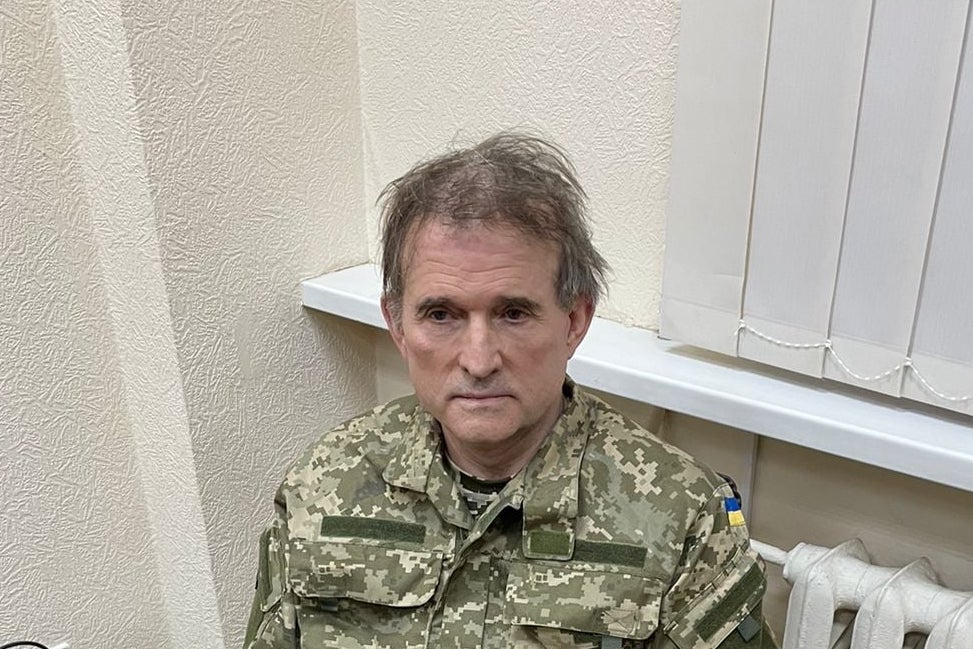 Viktor Medvedchuk – a Putin ally – was captured on April 12.

In his nightly video address to the nation on Tuesday, April 12, Zelenskyy suggested the exchange of Mr Medvedchuk for Ukrainian “boys and girls who are now in Russian captivity”.

67-year-old Medvedchuk, who proclaims President Putin as godfather to his daughter, has been accused of aiding Russia’s Crimea annexation, however, without successful Russian regime change, the threat he poses is marginal, according to war correspondents – who also suggested the idea of a swap as a good deal for Ukraine.

Prior to his nightly address, Zelenskyy announced the capture of Medvedchuk via social media.

“It is very symbolic that Mr Medvedchuk was detained on Cosmonautics Day,” the actor-turned-politician said.

“He has been hiding for 48 days. And finally decided to try to escape from our country. Well, for this “astronaut” – in the bad sense of the word – the famous “Let’s go!” did not work.

“I think it is especially cynical of him to use military camouflage. He tried to disguise himself like that. Such a ‘soldier’. Such a ‘patriot’.

“Well, if Medvedchuk chose a military uniform for himself, he falls under the rules of wartime,” he said before later announcing the idea of a switch.

Ukraine’s security service first announced the capture via a statement: “You can be a pro-Russian politician and work for the aggressor state for years. You may have been hiding from justice lately. You can even wear a Ukrainian military uniform for camouflage.

“But will it help you escape punishment? Not at all! Shackles are waiting for you and same goes for traitors to Ukraine like you.”

Mr Medvedchuk is described as a wealthy businessman who leads the pro-Russian Opposition Platform – For Life party.