The tomb of Christopher Columbus has been found 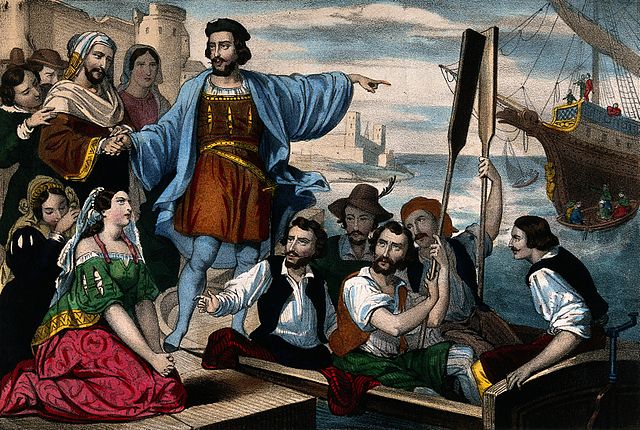 The tomb of Christopher Columbus has been found Source: Wellcome Gallery

A team of researchers have identified the exact location of the first tomb of Christopher Columbus, which was found in the Constitución Street in Valladolid.

Professor Marcial Castro, a graduate in Modern History from the University of Valladolid, explained that he was commissioned to carry out a comparative study with remains that had appeared in a glass case in Seville Cathedral, which has been used during the genetic identification of Columbus.

He said: “They asked me to locate the chapel where Columbus was buried as close as possible from these threads of gold, silver, snails, lead or brick and, to my surprise, we got it.”

According to Castro, Columbus was in Valladolid to claim his rights saying that the stories that he died in poverty were not true. He said: “Columbus went to court asking that his claims for arrival in America be addressed, but he died unexpectedly.

“He was staying in a decent house as he was a very important person, possibly surrounded by as many as eight servants. It is thought that he was buried illegally, without the knowledge of the chapel owners as it has been abandoned for many years.”

The chapel it is understood, completely disappeared for 168 years and is a prime example of 16th century architecture. With Columbus now known to have been buried there he joins some illustrious company with the most widely read and translated writer of the entire 16th century, Fray Antonio de Guevara, and an Irish hero or the son of Antonio Cabezón, Philip II’s official organist, buried just a few meters away

Castro and his team are working with the tourism authorities in Valladolid to obtain the funds needed to fully excavate the site so that it can be made available for tourists to visit. Castro believes that the Columbus tomb which has been found, will also be useful to history students from around the world who wish to study the man, the times and the history of Iberian exploration.