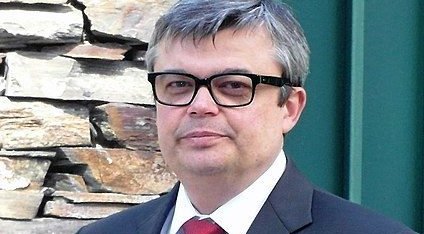 Serhii Pohoreltsev, Ukrainian ambassador to Spain, has asked Spain for more weapons, and urged it to stop oil and gas imports from Russia.

In a radio interview with ‘Herrera en COPE’ , speaking on the current situation in Ukraine, the Ukrainian ambassador stated: “The situation in Ukraine is still very complicated. The war continues. The Russian troops, having not reached their military objectives, continue to act very aggressively, bombing churches, hospitals, theatres. We can all see the images from Ukraine, what is happening. We have more than 190 children who have been killed, a figure that is going to grow, because we don’t have the data from the cities still occupied by Russian troops, like Mariupol, where we know that 20,000 people have been killed. We are ready to resist. 49 days of resistance, of pain. Our armed forces are ready to confront the Russian troops, but unfortunately we don’t have enough weapons to defend ourselves”.

The Ukrainian ambassador, proceeded to ask Spain for more weapons stating their need for planes, howitzers, mortars, and armoured cars. Praising the US for their promise of weapons he stated:
“We very much appreciate the US decision to send more weapons to Ukraine. We don’t have much time, we need the weapons now and we need the support of many partners, of the whole EU, of all allied countries. We need planes, artillery, anti-aircraft systems. We are on the eve of a large-scale attack in the Donetsk and Lugansk regions. Russian troops are massing their troops in the regions where they are going to attack.”

“We are ready and we need a back-up, because we are on the front line of defence and we have to bear in mind that we are defending not only Ukraine, but peace in the whole of Europe and it is a war for the good of the whole world.”

“There is evidence, photos, videos recorded in the days when the cities around Kiev were occupied by the Russians. The same corpses in the same places. And now what has been found in Bucha and Irpin is a horror and is evidence of what the Russian troops have done in these places and are doing in others”.

The Ukrainian ended his interview by telling Spain to stop its oil and gas deals with Russia:

“It is very important for us not to buy gas and oil from Russia. It is the ultimate sanction against Russia that will allow us to win the war. It is very important to stop subsidising the Russian economy, to stop subsidising the war. We are going to achieve our goal, but it is necessary to do it as quickly as possible. Stop buying gas and oil from Russia.”