When to observe the spectacular Lyrids meteor showers this month 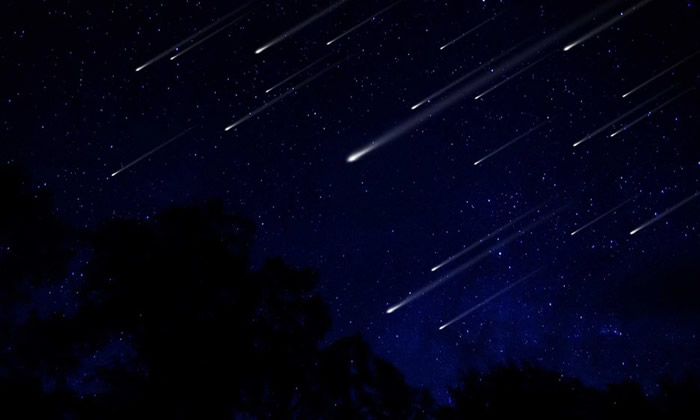 When to observe the spectacular Lyrids meteor showers this month.

In a few days’ time, Astronomy lovers have the opportunity to feast their eyes on one of the most beautiful astronomical phenomena of the month of April. As always, coinciding with the start of spring, and the Easter festivities, the annual Lyrids meteor showers will occur.

According to the National Geographic Institute (IGN), the Lyrid meteor shower – the second meteor shower of the year – will take place between April 16 and 25.

This astronomical spectacle can be seen both from the northern hemisphere, as well as from the south, although in our part of the world they will be observed travelling at a slower rate.

As IGN explains, “The Lyrids have an average activity rate of 20 meteors per hour, and a speed of 49km per second for several days. Despite being a discreet meteor shower, some years the rate of activity increases to more than 100 meteors per hour, but it is difficult to predict in which year these outbursts will occur”.

According to the data provided, 2022 will not be a good year to enjoy this spectacular event, since “the visibility of these meteors may be a little affected at first, given that on April 16 there is a full moon, and then it will be in a waning phase”, IGN has pointed out.

However, if you are determined, then IGN recommends trying to observe this event best between April 22 and 23. That is when the maximum activity of the meteor shower is expected. “We will be able to observe meteors in good conditions from when the radiant is above the horizon (one hour after sunset) until moonrise”, adds IGN.

The Lyrid meteor shower is fragments of Comet C/1861 G1, known as Thatcher, a comet that orbits the Sun once every 415 years. This event has been observed for the last 2600 years, with the oldest records preserved in the Chinese book of chronicles ‘Zuo Zhuan’, dating back to the year 687 BC.

Every year around this time, the Earth crosses a ‘ring’ populated with fragments detached from this comet. When one of these fragments comes into contact with the Earth’s atmosphere, the friction causes it to burn up with the air, creating the luminous glow that we know as a shooting star.

IGN recommends, “It is preferable to observe from a place that has few obstacles to hide the view (such as buildings, trees, or mountains). Do not use optical instruments that limit the field of vision”.

“It is best to direct the gaze towards the darkest areas, in the opposite direction to the position of the Moon, if the observation is made when it is present. The most comfortable way is to lie down and wait for your eyes to get used to the darkness,” adds the organisation.