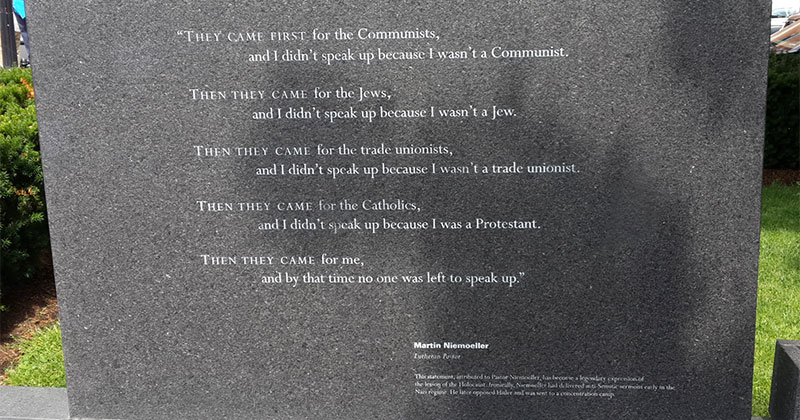 While he cut a controversial figure, these words cannot be denied. If people allow groups to be oppressed and say nothing, they are complicit in the maltreatment because they have not stood up for them. Then when the oppressors turn against them, there will be no one left to help protect them, and the oppressors WILL turn. People do not seem to realise that there are very few people that right-wing fanatics actually accept, therefore there are many characteristics that will be suppressed under their tyranny.

This week, the UK government has been flip-flopping over a ban regarding conversion therapy, a barbaric practice that tries to ‘cure’ people under the LGBTQ+ umbrella of their sexuality or gender expression. At first, they assured that a ban would cover everyone, then changed their minds to exclude Trans people from the ruling.

This decision comes amid a flurry of anti-Trans sentiment in the news and on social media, which is not at all a coincidence. Due to pressure from LGBTQ+ groups, parliament has now said they will look into a full ban once more. This is how people should stand up for each other when things such as this happen. For lesbian, gay and bisexual people to stand aside while Trans people are attacked is wrong, especially as Trans people have done so much to advance the rights of LGB people in the past.

It should be for selfless reasons that we stand up for each other, but even if that does not stir people to action, the thought that you’ll be next should. As activist Charlie Craggs has highlighted, we are seeing the effects of people standing by while Trans people are persecuted in the high courts, the media and the streets in Hungary. With no one defending Trans people, their right-wing government has moved on to attacking LGB people’s rights, banning same-sex adoption and implementing a section 28 style law that prohibits the ‘promotion’ (mention) of homosexuality. If more resistance had been given in the first instance, it may not have gotten to this point.

While my discussion this week is about LGBTQ+ rights, the sentiment should not be held into that sphere alone. The more separation and discord oppressors can sow, the more they know people don’t have each other’s backs, then the more they will take away from us all. Before you know it, you’ll be losing too.