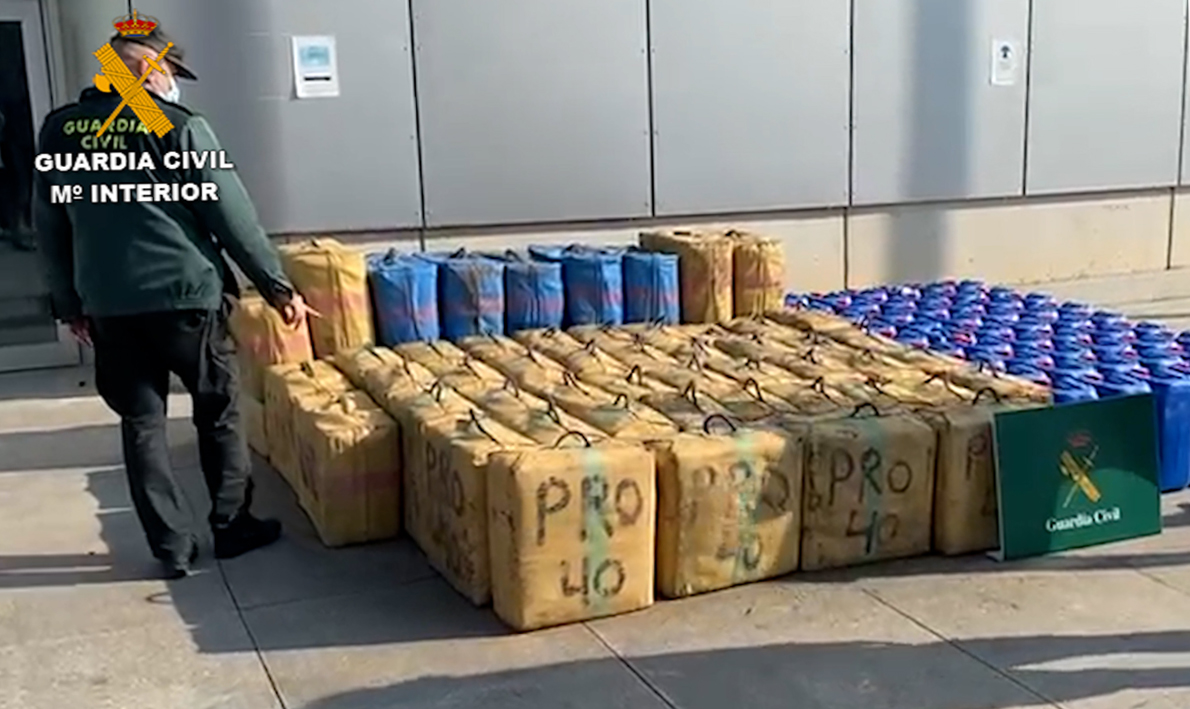 The Guardia Civil has seized 10 tonnes of hashish and 10 “narco-launches” worth €30m on the Costa Dorada, Tarragona.

In a statement released on Thursday, April 14, the police force said it had made 51 arrests, dismantling two criminal drug trafficking organisations on the Costa Dorada, Catalonia.

The gangs hired out their fast drug boats to other narco-traffickers across Spain. And “provided services and logistics” to those drug smugglers.

The investigations MAIUS and DRIFT began in 2021 when Guardia Civil agents suspected a possible movement of hashish trafficking from to the Catalan coast.

The police operations were put in place to obtain more information throughout the province of Tarragona, especially in the south-western Ebro Delta area.

Guardia Civil officers discovered that the criminal organisation based in the Ebro Delta provided clandestine services to drug gangs in Portugal, Galicia, Andalucía, Extremadura and Catalonia.

The organisation provided the “narco-launches”, which put to sea at the mouth of the Ebro, taking advantage of its knowledge of the area and the geographical location of the Delta, providing fuel, food, storage and accommodation for the crews.

The gang even offered a security service so as to evade detection by police forces, the Guardia Civil statement said.

Operation MAIUS has led to the arrest of 19 people in Tarragona and Algeciras, including the heads of the organisation in Tarragona, who are currently in prison.

Operation DRIFT has led to the arrest of the person considered to be the lynchpin for hashish trafficking in Catalonia over the last year.

The detainee and his organisation had the capacity to smuggle hashish into Spain and then send the drugs to other European countries.

The organisation acquired its boats in Galicia and Portugal. After transporting them to Catalonia, they prepared them in their own “narco-workshop” located in Cambrils where a nautical mechanic expert prepared the high-speed launches for trips to North Africa.