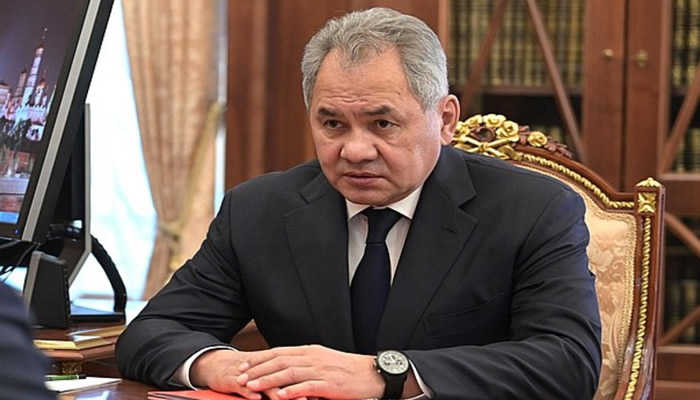 Claims made by a prominent Russian businessman that Sergei Shoigu, Putin’s defence chief, has had a ‘heart attack’

A shocking claim has been made today in a Facebook post by Leonid Nevzlin, a 62-year-old top Russian businessman, and sworn enemy of President Vladimir Putin. He said that the 66-year-old Russian defence chief, Sergei Shoigu, had been struck down by a massive heart attack. He also claimed that 20 top generals have been arrested.

Nevzlin claimed this ‘heart attack’ occurred last month, posting, “Shoigu is out of the game, he may become disabled if he survives. He suddenly had a massive heart attack. He is in intensive care, connected to devices. Rumour has it that the heart attack could not have occurred from natural causes”.

These are extraordinary claims from the businessman, who is the former co-owner of Yukos, the oil giant, while also naming ‘unspecified sources’. No timeframe was attached to this suspected incident, although the last public appearance made by Shoigu was on April 8, when he was alleged to have attended the funeral of Vladimir Zhirinovsky, the far-right politician.

He is also again allegedly seen – but not heard speaking – in footage from a video conference on April 13, apparently taking notes, in the presence of Putin and various other ministers. Doubts have arisen though as to whether this could have been fake footage that was released, as all those in the video were taking part remotely.

There had been previous rumours doing the rounds in the media about Shoigu’s state of health, with the defence chief allegedly suffering from cardiovascular problems. According to one Facebook post made by Ukrainian interior ministry worker, Anton Gerashchenko, the incident occurred after Shoigu had met with Putin.

It is impossible to determine what is or isn’t the real truth with so many rumours circulating from both Russia and Ukraine. Another claim says that Putin had ordered his defence chief to head to a secret nuclear bunker in the Urals to continue operating from there, while others say he has simply been ‘removed’ from his position, as reported by thesun.co.uk.