War-torn Ukraine is the hot favourite to win Eurovision 2022 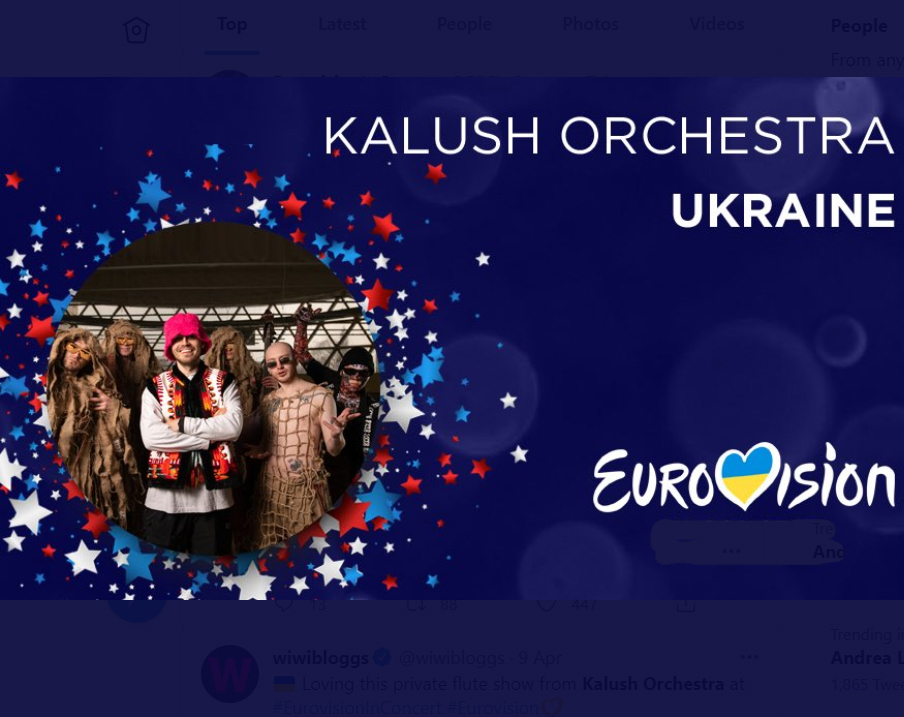 Eurovision favourites Ukraine are 2-1 with bookies ahead of the contest on May 14 in Turin, Italy.

Ukraine’s hip-hop folk band Kalush Orchestra are expected to sweep the board with blend of modern elements and ethnic instruments, The Mirror reports on Thursday, April 14.

Forty countries will take part in the 66th Eurovision Song Contest where TikTok has been named as the Official Entertainment Partner.

Kalush Orchestra performed their song ‘Stefania’ at a warmup event in Israel.

The group said that the song has recently become an anthem for Ukrainians.

“We are really happy that we have the opportunity to boost the morale of people here,” lead singer Oleh Psiuk said.

If Kalush Orchestra triumph, it would be a symbolic shunning of Russia over its invasion of their country.

The group has special dispensation to perform – most men of fighting age are not allowed to leave Ukraine.

The UK’s entry, ­­­TikTok sensation Sam Ryder, is closing the gap at 13-1 with his song Space Man, the fourth most tipped act behind Ukraine, hosts Italy and Sweden.

‘We’re delighted to be making TikTok the Official Entertainment Partner of the 2022 Eurovision Song Contest, working closely to create even more exclusive and engaging content.

TikTok’s love of Eurovision continues to build, with a staggering 3.7 billion views of #Eurovision videos to date, with over 1.4 billion video views on the hashtag #Eurovision2021 last year alone.

The TikTok community turned to the platform to share their excitement of the acts and appreciation of the music, celebrate the performances and to support their country’s entries, with their creativity and passion shining through the millions of video creations.

In turn Eurovision performers used TikTok to reach their fans, bringing them into the heart of the contest and showing what it was like to compete.

Armenia and Montenegro are returning to Eurovision 2022 after their absences from the previous edition.

Russia had originally planned to participate but was excluded due to its invasion of Ukraine.