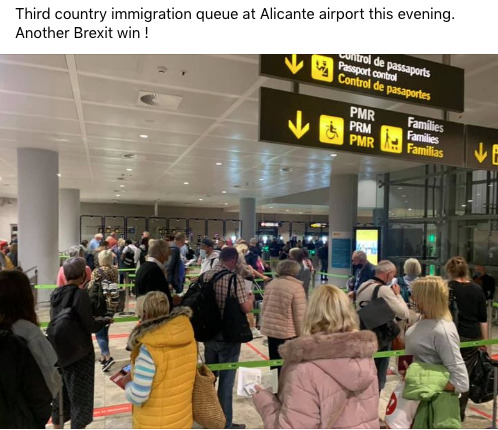 A survey carried out by Euroweeklynews shows that hotels on the Costa Blanca are reporting good bookings as the level of tourism returns to normal.

With volumes of tourists not seen for many years, hotels are reporting occupancies for the easter mid-term break of 85 percent and more, whilst many have put up the “no more rooms available” as they sell out. According to those surveyed bookings are still coming in with those who aren’t yet full expectating to be close to full before the weekend is out.

A return to traditional Holy Week celebrations has seen a large influx of Spanish with reports of restaurants and bars enjoying steady trade. Processions celebrating the death of Christ have also spoke of large crowds turning out depsite the poor weather.

The airports in the region have also reported good passenger numbers with a significant increase in the number of flights arriving, this despite delays and cancellations at many airports across Europe including in the UK and in Ireland where staff shortages have been blamed.

The DGT have asked drivers to take care with many road closures across the region due to the Holy Week celebrations, and high traffic volumes.

The graph below provides a full picture of visitors numbers on the Costa Blanca as well as their coutrny of origin. 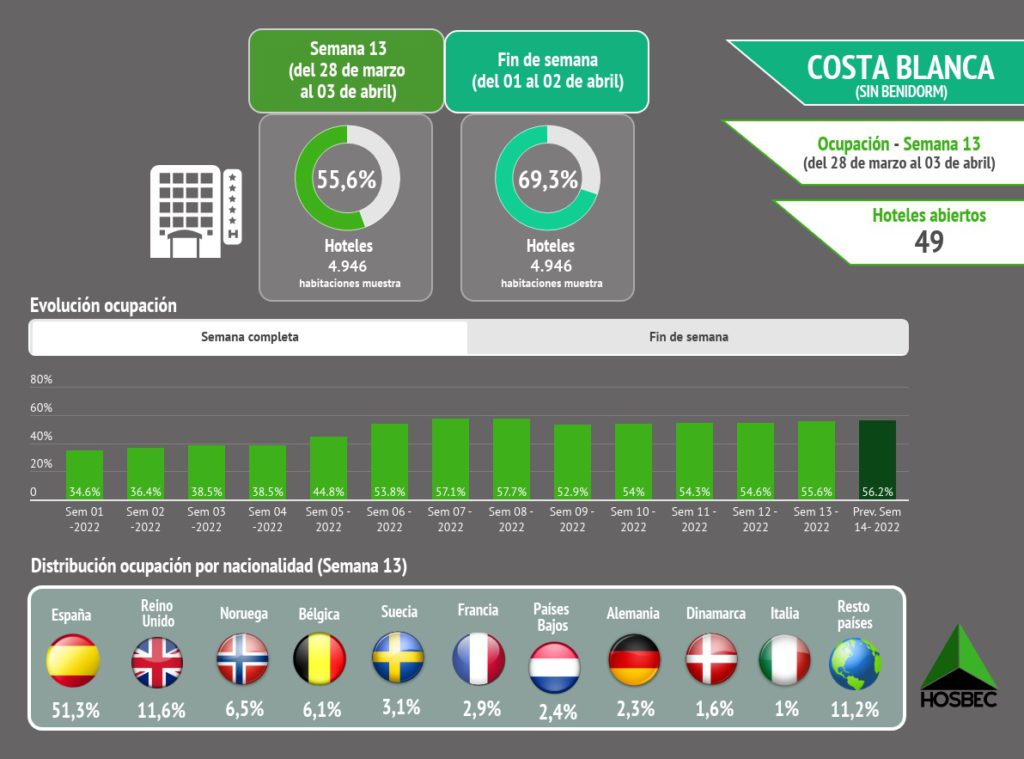 The number of visitors to the region is echoed in the statistics provided by Norwegian Airlines who lsit Alicante as their second most popular flight destination this Easter.

As expected Spaniards account for 43 percent of all hotel reservations made over Easter as they travel home to celebrate the holy week, with around 40 percent being made by British, Germans and Americans.

With coronavirus restrictions a thing of the past, travel is returning to normal providing a much needed boost for Spain’s tourism sector. Typically a busy time of year, this Easter is according to authorities likely to be one of the busiest on record.

Topping the list of foreign visitors are the British who account for nearly 19 percent of the hotel bookings as at April 10th, followed by the Germans at 10 percent. Interestingly Americans make up a healthy seven percent and the French six percent. Typically the latter tend not to stay in hotels choosing homes and apartments for their vacation.

The data which has been supplied by booking site Mirai, mirrors that of other sites who have recently released figures.

According to their numbers the most popular destination is the Canary Islands, typically better weather at this time of year. Bookings made via Mirai show 25 percent of all reservations for the Canaries and 15 percent each for the next three most popular destinations Catalonia, Andalusia and the Balearic Islands. Madrid follows with 12 percent of bookings and the Valencian Community with 10 percent.

More than half the reservations have been made for four star hotels and just under a quarter for three star establishments, accounting for 79 percent of all rooms booked for April. The number of rooms booked falls just short of the number booked for the same period in 2019, with poor weather, inflation and the war in Ukraine all believed to have held back the numbers.

Hotel stays are also somewhat shorter than before with 45 percent booking for less than five nights, a quarter for six to eight nights. Nearly one in five bookings are for two nights or less and around 12 percent for more than a week.

According to the Ministry of Tourism the return to near normal could see total GDP for the sector reach nearly 142 billion euros, around 92 percent of pre-pandemic levels. Most analysts believe the numbers won’t recover until at least 2023 given the state of world economies and rising energy prices.

Although the numbers are down its generally good news for the tourism sector with 40 percent of hotel reservations coming from the country’s main markets and in total 60 percent from abroad.