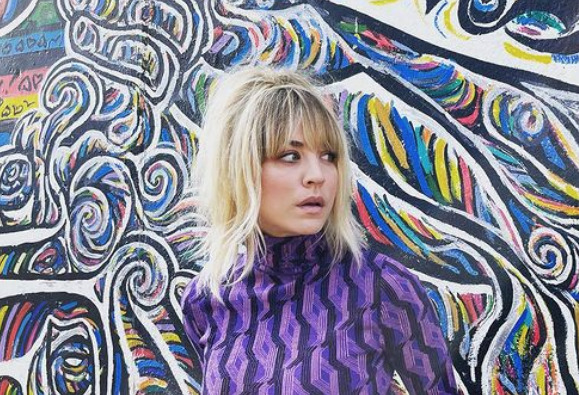 The Big Bang Theory star has had two failed marriages.

In a cover story for Glamour magazine on Thursday, April 14, 36-year-old Cuoco told the online women’s magazine that she hasn’t given up on love but definitely has on marriage.

“I would love to have a long-lasting relationship or a partnership. But I will never get married again,” the actor said. “Absolutely not. You can literally put that on the cover. But I believe in love because I’ve had incredible relationships. I know that they’re out there. I like being someone’s partner and having that companionship.”

The Big Bang Theory actress, who played Penny on the long-running US sitcom, revealed that she was married to her career and needed to figure out her priorities before entering into anything serious.

“I want to change, I want to be better,” she said. “[Acting has] always been my first love. I think that’s a tough one to overcome.

“Things in my life and people sometimes don’t measure up to the feeling I have with my career.”

“And I admit to that holding me back in a way. I’m talking about that a lot in therapy,” the Hollywood starlet said. “I struggle with what I want, what I think I’m supposed to have. Being fearful, being scared of what the future holds. It’s the pressure of family, of kids, of: Can I have all these things? Do I want those things?”

“It’s funny how you can have one part of your life feel so fucking good and the other feels like a mess,” she said. “I’m learning as I go. But I think it’s also knowing that life is really short and you’ve got to make the move if you’re unhappy. You have to move forward.”

In September 2021, Cuoco announced her split from Cook after three years of marriage.

“Despite a deep love and respect for one another, we have realized that our current paths have taken us in opposite directions,” the former couple said in a joint statement shared with People magazine at the time. The two added that “there is no anger or animosity, quite the contrary.”

You can read the full interview here.