Electric chair or firing squad, prisoner given the choice in US 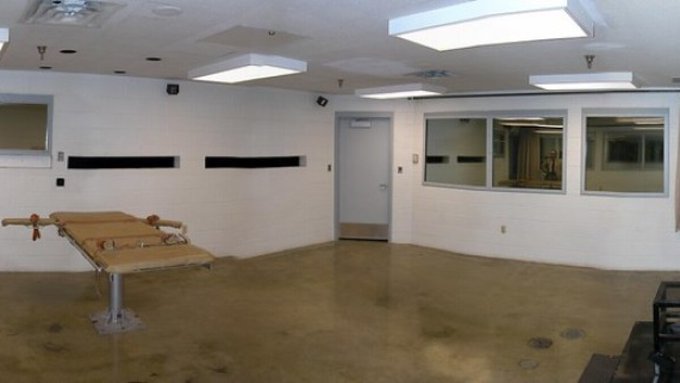 Electric chair or firing squad, prisoner given choice in US Source: twitter

An inmate in US has elected to be killed by firing squad after being given the choice of facing a squad of three prison warders or the electric chair.

Richard Bernard Moore, 57, the first prisoner to be executed in South Carolina in 10 years is also the first to be able to exercise his option under the new law enacted last year that allows the prisoners the choice.

After 20 years on death row for the 1999 killing of a convenience store clerk named James Mahoney in Spartanburg, Moore’s execution is scheduled for April 29.

According to officials in South Carolina, the decade long hiatus in executions was due to the inability of the state to obtain the drugs needed to carry out lethal injections. That issue led to the new law giving death row prisoners the choice.

Moore’s lawyers have petitioned the state Supreme Court to delay his death with another to decide whether either of the available methods are unconstitutional as they are cruel and unusual forms of punishment. In their court filings they say prison officials have not enough to obtain the drugs required for a lethal injection forcing prisoners to make a choice between two barbaric methods – electric chair is the default option at present.

The inmate’s lawyers have asked the US Supreme Court for a delay whilst the court judges on whether the punishment fits the crime. A similar appeal last week failed.

The Columbia corrections facility developed firing squad procedures last month as well as renovating the electric chair facility. The former would involve three offices shooting the prisoner through the heart, with the state being one of only four in the US that allows their use and it is one of eight that still uses the electric chair.

If the firing squad does go ahead and kill the prisoner, he will go down in history as the first to be given the choice in US history.