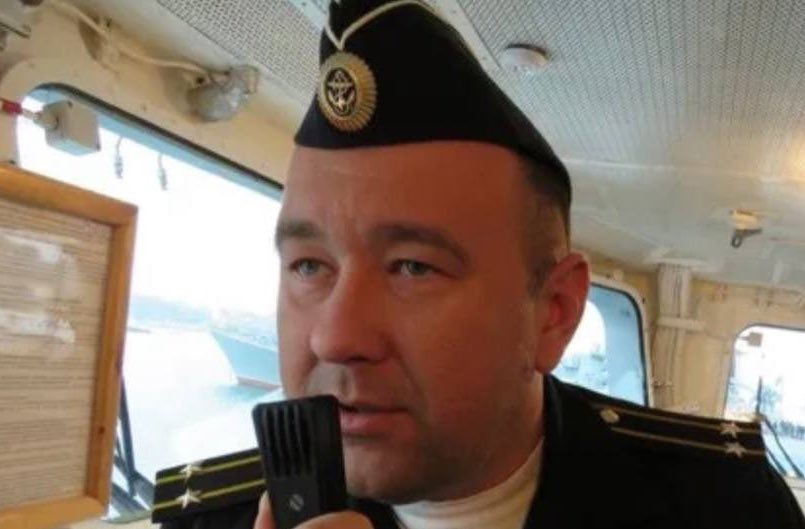 There are mixed reports as to the number of crew that died.

RUSSIAN flagship missile cruiser ‘Moskva’ commander, Anton Valerievich Kuprin, has reportedly died when the ship sank in the Black Sea, off the coast of the Ukrainian strategic port city of Odessa, on Wednesday, April 13.

According to Anton Gerashchenko, adviser to the head of the Ministry of Internal Affairs of Ukraine, Captain 1st Rank Anton Kuprin died after an explosion and fire on the Moskva (Moscow) missile cruiser.

“Captain 1st rank, commander of the cruiser Moskva — Anton V. Kuprin — died during an explosion and fire aboard the former flagship of the Black Sea Fleet of the Russian Federation. We do not grieve,” Gerashchenko said on his Telegram channel.

This was also mentioned by Ukraine’s State Border Guard Control via their Telegram.

As of today, April 15, 58 of 510 crew members were rescued before the Moskva sank, according to Ilya Ponomarev, a former Russian deputy of the State Duma. Local news reports that “this means only 10 per cent of the crew managed to be saved”.

However, Aleksey Arestovich, adviser to the head of the President’s Office, noted that the data on the rescued sailors from the Moskva are contradictory: “Since this is the flagship of the Black Sea Fleet of the Russian Federation, the headquarters and command of the fleet were on board. It was these officers and crew that left many questions. According to various sources, of the more than 500 crew members, 14 to 50 escaped.”

Meanwhile, Russian media reports suggest that the commander of the Black Sea Fleet of the Russian Federation, Admiral Igor Osipov, has been arrested.

As reported on Thursday, April 14, the Russian Defence Ministry said the ‘Moskva’ sank in the Black Sea, off the coast of Ukraine, while being towed to port.

“During the towing of the Moskva cruiser to the port of destination, the ship lost its stability due to damage to the hull received during the fire from the detonation of ammunition. In the conditions of stormy seas, the ship sank,” Russia’s Defence Ministry said via TASS at the time.

However, on April 13 when the ship sank, multiple Ukrainian government officials claimed that the 612-foot ‘Moskva’ (Moscow) naval vessel was destroyed by its country’s forces off the coast of the Ukrainian strategic port city of Odessa, located on the Black Sea in southwest Ukraine.

They claimed that a Neptune anti-ship battery caused very serious damage to the Russian ship on April 13.

Since then, Russia launched an airstrike that reportedly hit a Ukrainian missile factory in Kyiv used to make the missiles that Ukraine claimed sank the Russian flagship missile cruiser ‘Moskva’ in the Black Sea.

According to Russia’s defence ministry on Friday, April 15, further intense attacks are planned for the capital after admitting to carrying out the attack on “the Vizar plant which makes, repairs anti-ship missiles.”

Russian defence ministry spokesman Igor Konashenkov said: “The number and scale of missile strikes against targets in Kyiv will increase in response to the Kyiv nationalist regime committing any attacks of a terrorist nature or sabotage on Russian territory.”

The retaliation attack comes after Russian war efforts were dented following the sinking of their flagship missile cruiser ‘Moskva’ (Moscow). The vessel is believed to be the Russian warship referenced in the infamous ‘go f*** yourself’ Snake Island clip, which was also believed to have been captained by Anton Valerievich.