No to Rwanda, say protestors who gather outside the Home Office 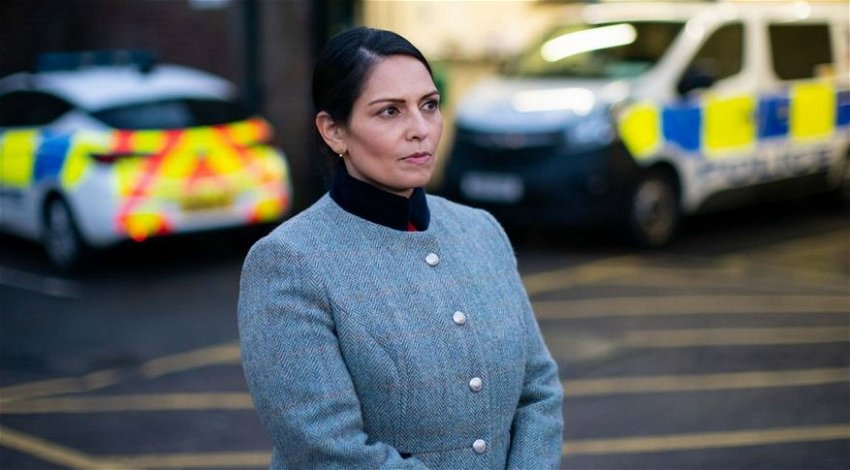 Large numbers of protestors gather outside the Home Office in central London on Thursday April 14th to send a clear message to the government – No to Rwanda.

The protestors arrived from all corners of the UK carrying placards stating their strong objection to the new plan announced by the government, which will see refugees sent to Rwanda for processing. According to reports they started to gather outside the Home Office in Marsham Street at around 6pm after heeding a call via Twitter from Women for Refugee Women and Stand up to Racism to send a message to the government. .

The tweet read: “EMERGENCY PROTEST. Today the Home Office has announced that people seeking asylum in the UK could be transported to and detained in Rwanda.

“We must resist this deliberately cruel and inhumane plan. Protest: 6pm, today, outside the Home Office (Marsham Street, London).” One of the signs at the protest read: “No to refugees sent to Rwanda”. Whilst another sign read “All refugees have equal rights!”

The deal announced by the government was expected to have been signed on Thursday, which will see the Rwanda received around £120 million (145 million euros). With the UK expected to process around 31,000 asylum seekers in 2022, the government has said the cost runs into the billions with the individuals currently being housed in hotels across the country.

The UK has tried to reach an agreement with the EU to return those who do make the crossing however as the UK is no longer a member of the bloc, the rule that requires asylum seekers to apply in the country they arrive in does not apply to the UK.

The UK government has signed an agreement to send people seeking asylum to Rwanda.

Offshore asylum is cruel and ineffective in protecting people’s rights. The UK government should welcome all people fleeing persecution and war like they have done with Ukrainians. pic.twitter.com/0AJ1nC94xe

Criticism of the Home Secretary Priti Patel’s plan has been widespread with charities calling it “cruel and nasty”. Many people it will “lead to more suffering and chaos” rather than addressing the issue. Others have said the plan is a thinly veiled plot to keep refugees out of the country with no one processed to be returned.

The organisation that have said “no to Rwanda” range from refugee charities, to woman’s rights originations to LGBTQ+ groups, all of whom are critical of the Home Office plans saying it will do little to address the issues but rather put people’s lives in danger.