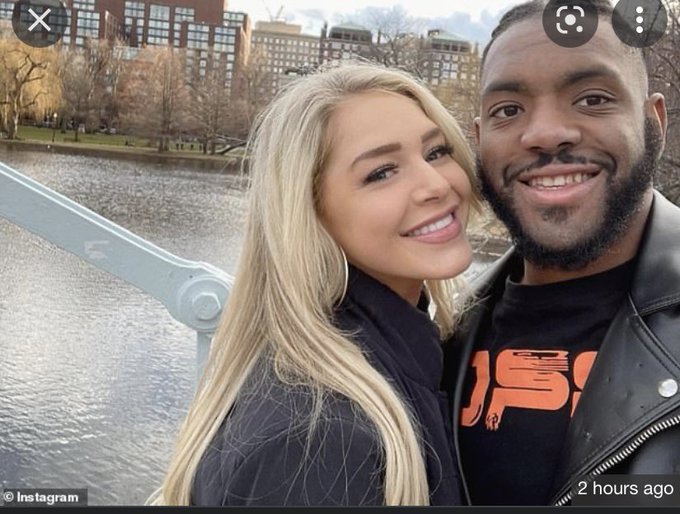 A well-known Instagram and OnlyFans model has been arrested in Miami, Florida accused of killing her boyfriend after a dispute in their apartment.

Courtney Tailor, real name Courtney Clenney, was arrested on April 15th, after she was seen on April 3rd on her balcony covered in blood. According to a medical report, her popular influencer partner Christian Obumseli, had been stabbed in the shoulder.

Taylor called for help sometime after the incident and was taken down to the police station for questioning, but after she threatened to commit suicide she was moved to a psychiatric hospital for treatment.

According to friends of the couple, fights were commonplace with one saying: “We have seen her hit him. We have never seen him hit her.” One added: “From what we know, we believe that Christian would not put her in a position where she needed to stab him to protect herself.”

But that view has been contested by neighbours who say that they had seen him beating her, a defence Tailor has sought to use saying she had to act in self-defence.

Larry Handfield, an attorney for Obumseli’s family, told Fox News “We believe her statements are self-serving in an attempt to avoid any responsibility for the use of deadly force, when it had not been used against her.

For his part, Frank Prieto, Tailor’s (Clenney’s) lawyer, maintains that his client is a survivor of gender-based violence, so she “had no choice” but to defend herself in the bloody altercation.

Images following the altercation have been obtained and shared by TMZ.

The news that an altercation between the OnlyFans model and partner, led to his death and her being arrested accused of killing the influencer is another in a string of high profile cases in recent weeks.