Russia warned the US to stop arming Ukraine 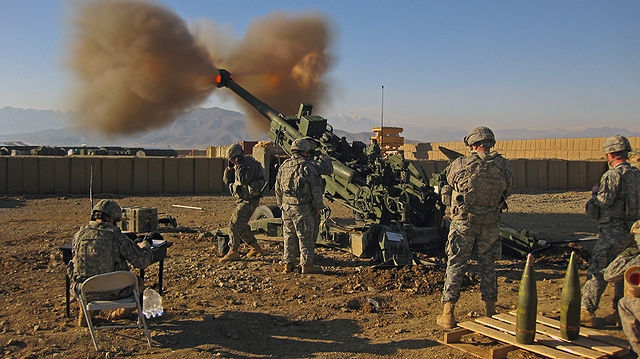 A report by the Washington Post say that Russia this week, warned the US to stop arming Ukraine saying that it was adding fuel to the conflict.

The formal diplomatic note, which was seen by the newspaper on Thursday April 14th, warned that the NATO shipments of the “most sensitive” weapons systems to Ukraine were “adding fuel” to the conflict there and could bring “unpredictable consequences.”

The warning comes as President Joe Biden announced a massive expansion in the scope and volume of weapons to be supplied to Ukraine. The $800 million (740 million euros) package includes the type of equipment Ukraine have been asking for, including long range artillery that matches Russian firepower. It also includes equipment that will help the country to defend its coastline as well as ammunition, armoured vehicles and anti-tank weapons.

Earlier this week the US facilitated the transfer of Russian manufactured equipment from Slovakia to Ukraine, which will be replaced by the US made Patriot missile system.

It is expected that the first shipment of weapons will arrive within days. Ukrainian President Volodymyr Zelensky had called Biden to request the help with numerous intelligence agencies saying that Russia were preparing a major onslaught on Ukraine’s Donbas region in the east and along the coastal strip connecting it with Russian-occupied Crimea in the south.

A senior administration official, who spoke on the condition of anonymity, told the Washington Post: “What the Russians are telling us privately is precisely what we’ve been telling the world publicly — that the massive amount of assistance that we’ve been providing our Ukrainian partners is proving extraordinarily effective.”

Experts have suggested that the diplomatic note will see change in approach from Russia who have labelled weapons convoys coming into the country as legitimate military targets but has not made any effort to attack them so far. .

George Beebe, former director of Russia analysis at the CIA and Russia adviser to former vice president Dick Cheney said Russia could stumble into the next phase of the war as they did in the first and that could lead to NAT convoys being targeted.

That could see strikes take place in neighbouring countries, which would see a massive escalation in the conflict. He does however believe that part of the message from Russia in the missive is that they don’t want to see that kind of escalation.

Russia has continued to accuse the west of violating principles that govern the transfer of weapons in war, as they have accused NATO countries of trying to prolong the conflict. Those accusations include concerns that the weapons could fall into the hands of nationalist radicals, extremists and criminal forces.

The note makes reference to these claims saying: “We call on the United States and its allies to stop the irresponsible militarization of Ukraine, which implies unpredictable consequences for regional and international security.”

U.S. defence officials remain concerned that Russia could use its nuclear arsenal, but they defend their actions saying they deliver the weapons into the region but it is the Ukrainians who take them into the country and who utilise them in their defence of the country.

The US has been slow in arming Ukraine with the country having called for weapons to defend itself long before the conflict took place, but the formal warning from Russia to stop sending weapons is a new development.