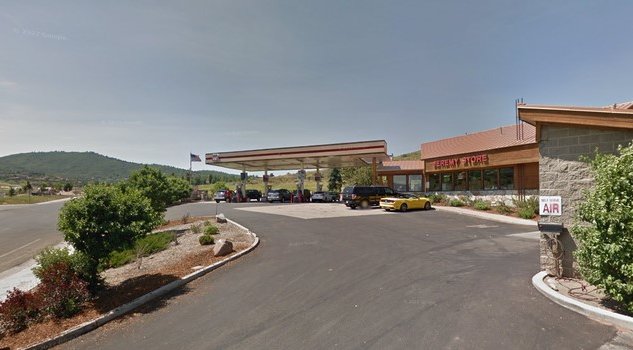 Three years ago an autistic teen went missing in Willows California after he disappeared, but now he has been reunited after having been found outside a Utah petrol station nearly 1,300 kilometres away.

The teen who disappeared when he was 16 years-old was discovered by the Summit County Sheriff’s office in Utah, who said they had responded to reports of a homeless person wandering around the Kimball Junction area, pushing a shopping cart.”

According to a statement on Facebook, deputies approached the young man over a course of a “couple weeks, but each time they offered services to the young man, who was NOT violating any laws, he refused any help.”

Then on April 9, law enforcement received a call about the young man sleeping outside of Jeremy’s Store, a convenience store located in Park City, Utah, about 52 kilometres away from Salt Lake City.

The sheriff’s office new that the man communicated differently, that he was most likely autistic. As he wouldn’t tell them his name they encouraged him to let them scan his finger which they then ran through the database.

Sheriff Justin Martinez told local news station WTVT, they found an arrest warrant out of Nevada for Connerjack Oswald, however his last name was incorrectly spelled. He said they then began going through the National Center for Missing and Exploited Children database. “The deputies again felt there’s more to this story, there’s something more this individual’s being resistant, reluctant to communicate.

“After about 16 pages of scouring through names and photographs and trying to find something that might match up, we came up with the name, Connerjack Oswalt.”

A call to authorities in Clearlake confirmed that Suzanne Flint’s son was still missing.

Oswalt’s stepfather Gerald Flint said he was “still dumbstruck” by the situation and that finding Oswalt, who is now 19, alive was “incredible.”

“We’ve had a lot of false hope over the last two and a half years, we’re just grateful that he’s safe and he’s alive and we have our son back. That’s the most important thing ever for us.”

How Oswalt, the autistic teen who has been reunited with his family after three years, got to be 1,200 kilometres and more than 11 hours’ drive away from where he disappeared remains a mystery.