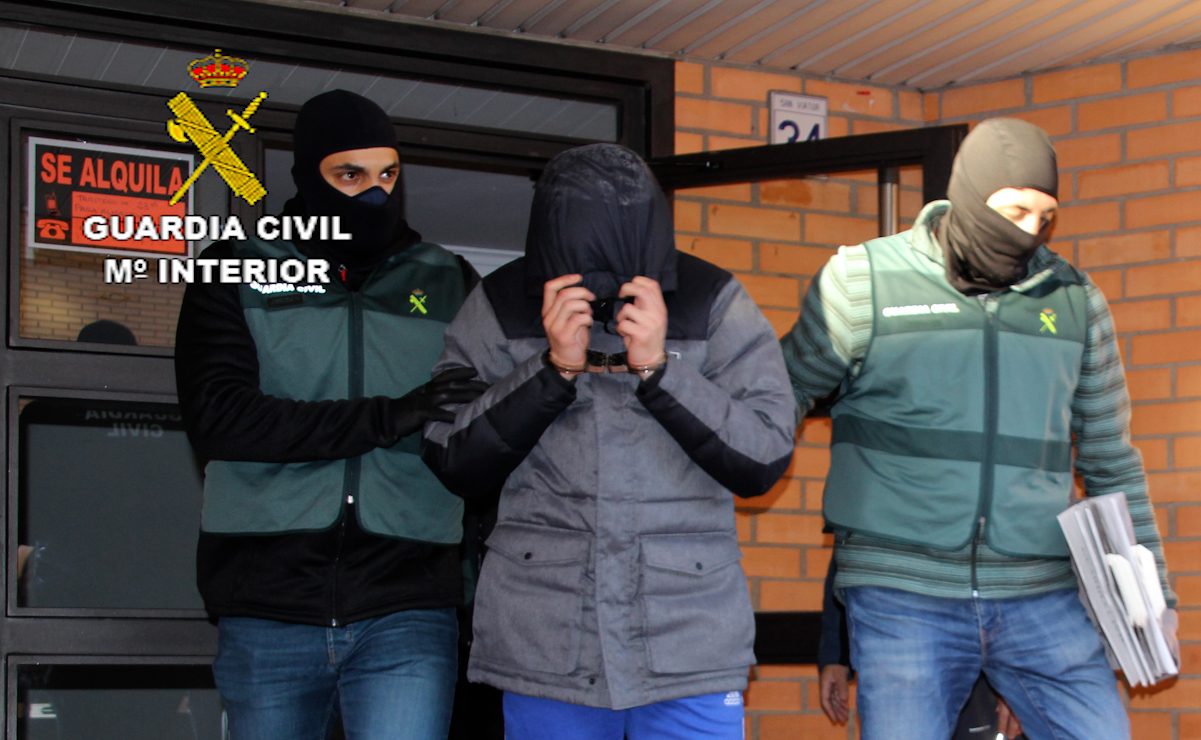 One of the detainees. Credit: Guardia Civil

The victim, a 45-year-old man, died after being shot while working as a guard at a hemp plantation in the town of Pleitas, Zaragoza, the Guardia Civil said in a statement on Saturday, April 16.

The grisly murder of the watchman took place last October after an attempt to steal hemp from the plantation, leaving the victim dead inside the vehicle.

The investigation, which has been under a judicial secrecy order until this week, has culminated in the arrest of 11 people for membership of a criminal group, homicide, concealment and attempted robbery.

The investigation, carried out in two phases, began in October 2021 when a citizen located the lifeless body of a person inside a vehicle in an area near an industrial hemp plantation in Pleitas.

After analysing the evidence, the investigators were able to determine that on the night in which the events occurred, several people went to the plantation with two vehicles with the aim of removing the dried hemp from the installation.

In view of the presence of the guard in the area, the suspects fled the place leaving the vehicles and several items inside, but remained in the vicinity with the aim of recovering them once the area was left unguarded.

When the suspects returned the guard surprised them and alerted the owner of the facility via a mobile phone message.

At that moment, the victim was shot with a firearm while he was still inside the vehicle and was killed. He was found the following morning by a neighbour who was cycling in the area.