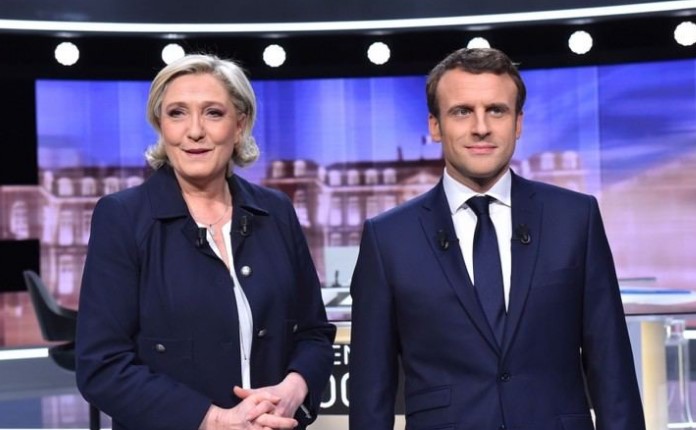 The European Union’s Anti-Fraud Office (OLAF) has accused Marine le Pen, the French presidency candidate of embezzlement in a report that was released on Thursday April 14th.

The report, which has been forwarded to the French court, accused the National Rally (NR) candidate of having embezzled nearly 140,000 euros of public money from the Parliament of Strasbourg, when she was an MEP.

Under question are public funds from the Strasbourg parliament when she sat there as a deputy between 2004 and 2017, which the report says that she personally should reimburse. According to the report, which is labelled sensitive, Le Pen is said to owe the commission 136,993.99 euros.

Le Pen who is standing on an anti-EU platform has questioned the timing of the report saying at a rally on Thursday April 14, “I will return their money to the French. I will put the value of work back in the spotlight and for that, we will focus on making work pay.“

All in all there are four former members of the party who are accused in the report, Le Pen’s father, her former companion Louis Aliot and Bruno Gollnisch, a member of the national office of the RN.

The far-right parliamentary group Europe des nations et Liberties (ENL), are also accused with 617,379.77 euros said to be owed to the commission.

The conclusions of Olaf’s report are murderers for Marine Le Pen and her clan, who have been claiming for years the old house slogan: “Clean hands and heads held high”.

According to Mediapart, the report was sent to the French courts on March 11 and is currently being studied.

Le Pen’s solicitor Rodolphe Bosselut questioned the timing saying: “Is it a coincidence that publication of the report coincides with the second round of the presidential elections?”

For her part Le Pen denies the claims and said OLAF “lacked independence” and had “exorbitant” investigative powers.

Both Le Pen and the party have been the subject of embezzlement investigations in the past, with this report  bringing the total that she is accused of embezzling to 475,000 euros (339,000 + 136,000 euros).

Amongst the funds that Le Pen is accused of embezzlement includes the misuse of funds to buy promotional items for her party, bottles of Beaujolais, donations to party members and payments made to party staff that were not on the EU payroll.