Germany to invest billions in move away from Russian gas 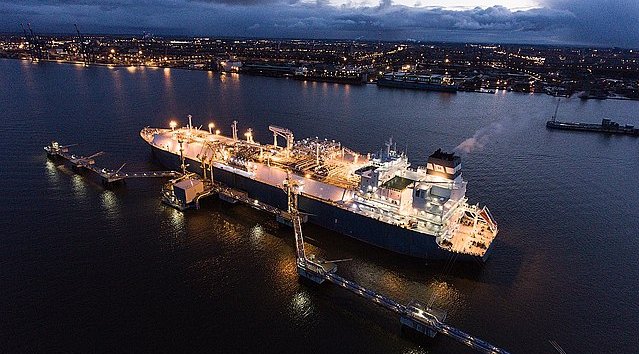 Germany to invest billions in move away from Russian gas Source: https://www.kn.lt/ziniasklaidai/8

On Friday April 14th Germany announced that it is to invest billions of euros in a move away from Russian gas. The investment of nearly three billion euros will go towards the acquisition of floating liquefied natural gas import terminals.

Following the announcement by the finance ministry, Finance Minister Christian Lindner tweeted: “Dependence on Russian energy imports must be reduced quickly and sustainably,” tweeted Finance Minister “Floating LNG terminals make an important contribution to this, for which we must provide funding.”

Following the invasion of Ukraine, Europe and in particular Germany have been looking to reduce their reliance on Russian imports, with most turning to the import of liquefied natural gas (LNG). Around 20 countries supply LNG which is transported by ship however it does require terminals in order to offload the gas.

LNG, which comes primarily from Australia, Qatar and the US, is condensed taking up significantly less space than when in its gas form.

The money is to be invested in mobile terminals, known as Floating Storage Regasification Units (FSRU), which allow for converting LNG carried by a tanker into gas and injecting it into the pipeline network.

Russia currently accounts for around 45 percent of Europe’s requirement, with that figure closer to 55 percent in Germany in recent years. Since the start of the invasion that number has dropped to 40 percent. As Germany does not yet have a terminal it has been relying on more expensive imports from the Netherlands, Norway and of LNG.

According to German media reports, the government is considering, in conjunction with private partners, to rent three or four ships that would be positioned in North Sea or Baltic ports for this purpose. The expectation is for these facilities to be in place by next winter, with the government in the meantime calling on residents and businesses to cut their use of the energy source.

The German government, who is investing billions in the move away from Russian gas, does believe they will be able stop importation of Russian gas before mid-2024.