Rwanda migrants plan ‘cannot stand up to judgment of God’ 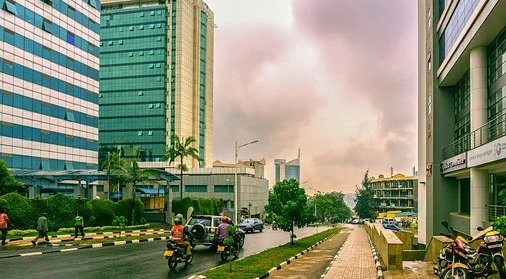 Rwanda migrants plan ‘cannot stand up to the judgment of God’, according to the Archbishop of Canterbury.

The Archbishop of Canterbury gave his Easter sermon on Sunday, April 17. During his sermon, the Archbishop said that the plan put forward by the UK government to send asylum seekers to Rwanda “cannot stand up to the judgment of God.”

Prime Minister Boris Johnson tried to justify his plan during an emotional speech on April 14.

Archbishop Justin Welby attacked the government’s plan during his sermon, according to The Huffingtonpost. He said: “The resurrection of Jesus is not a magic wand that makes the world perfect.

“But the resurrection of Christ is the tectonic shift in the way the cosmos works. It is the conquest of death and the opening of eternal life – through Jesus, a gift offered to every human being who reaches out to him.”

He continued: “Let this be a time for Russian ceasefire, withdrawal and a commitment to talks. This is a time for resetting the ways of peace, not for what Bismarck called blood and iron. Let Christ prevail. Let the darkness of war be banished.

“And this season is also why there are such serious ethical questions about sending asylum seekers overseas.

“And it cannot carry the weight of our national responsibility as a country formed by Christian values, because sub-contracting out our responsibilities, even to a country that seeks to do well like Rwanda, is the opposite of the nature of God who himself took responsibility for our failures.”

Speaking to The Guardian Lord Dubs commented on the plan and said: “I think it’s a way of getting rid of people the Government doesn’t want, dumping them in a distant African country, and they’ll have no chance of getting out of there again. I think it’s a breach of the 1951 Geneva conventions on refugees. You can’t just shunt them around like unwanted people.”