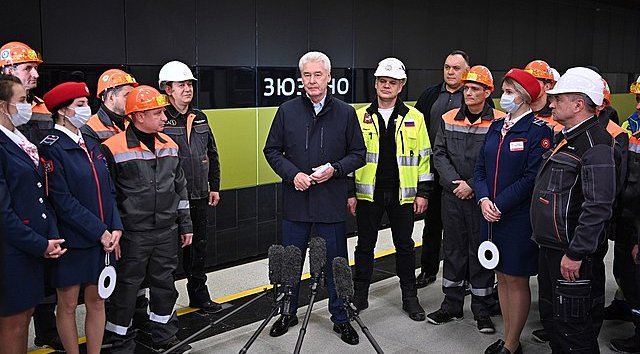 200,000 could lose their jobs in Moscow Source:Press Service of the Government of Moscow

Moscow’s mayor said today Monday April 18th, that 200,000 employees of foreign companies are expected to lose their jobs in the coming months due to sanctions.

Mayor Sergei Sobyanin said in a blog post: “According to our estimates, about 200,000 people are at risk of losing their jobs,” adding that hundreds of mainly Western companies had either suspended their activities or departed from the country all together.

Authorities he said, are aware of the likelihood of major job losses and that the city had last week approved a $41-million (38 million euros) program to support employment.

He said: “First of all, the programme is aimed at employees of foreign companies that have temporarily suspended their operations or decided to leave Russia.”

The programme Sobyanin said, would support more than 58,000 people who have lost their jobs with around 12,500 to undergo retraining.

Those that were in-between jobs will according to the mayor be offered the opportunity to get involved in public works throughout the city, undertaking works in parks and elsewhere. .

A number of analysts and country specialists have indicated that they believe the worst is yet to come with the country still to feel the full effects of sanctions, which they say will plunge the country into a deep and very expensive recession.

This is possibly the first time a number has been put on the possible job losses as a result of the sanctions imposed on the country, with 200,000 possibly losing their jobs in Moscow alone.