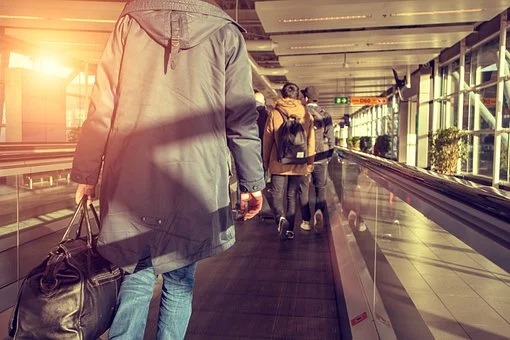 ‘Find your own way home’: Wizz Air dumps passengers 200 miles from their destination in the middle of the night.

Travellers were shocked when their Wizz Air flight from Tel Aviv to London’s Gatwick ended up being diverted after it was delayed. Speaking exclusively to The Mirror, on April 18, travellers explained how they were stranded “in the middle of the night”.

Due to delays the flight missed its slot at Gatwick and had to divert to Luton. Things got even worse for passengers as no slots were available at Luton so they were diverted to Doncaster instead.

Speaking to The Mirror traveller Asya revealed: “It’s been awful. I’ve never had an experience like this.

“I don’t understand how an airline can leave people in the middle of the night and not provide them with anything other than a bottle of water.

“We landed at about 3.15am at Doncaster but were supposed to land at 1am at Gatwick.

“They originally told us we were going to be diverted to Luton because there were no spaces at Gatwick – but Luton was full and there were no ground handling staff available so they said we would go to Doncaster but organise coaches to take us to Gatwick.”

No coaches appeared and travellers were left to fend for themselves and take trains or get a taxi.

Asya ended up forking out £450 for a taxi as she was travelling with a one-year-old child on her own and could not take the train.

Commenting on Twitter a spokesperson told mum Asya: “Hi Asya! Please keep your invoices and attach them to the claim you should submit via the following link https://fal.cn/3nQWs

“Our colleagues will investigate and inform you accordingly. We apologize for the inconvenience. And still hoping to count you among our passengers.”

“Airport security tried to help us and they managed to get us some water and biscuits. All the shops were closed and there was just one taxi waiting.

“No one expected 200 passengers in the middle of the night would land in Doncaster.

“There were families with babies and young children and people with connecting flights who missed their connection.”