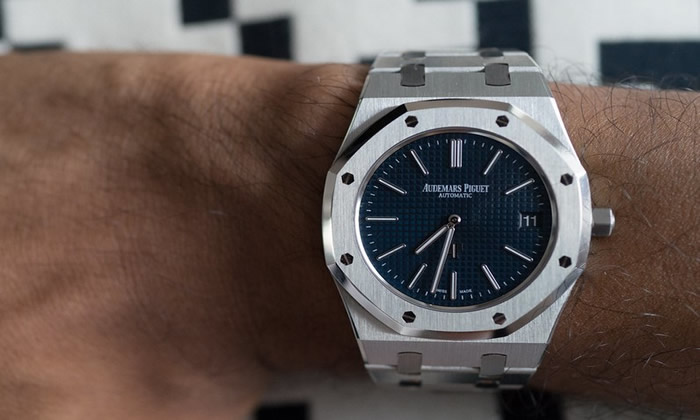 A Hatton Garden jeweller has lost a collection of watches believed to be worth more than £2million. Two individuals posing as potential Swiss investors are responsible for the incredible incident, as revealed exclusively this Sunday, April 16, by The Sun.

A man with a younger female accomplice duped the Central London store by passing themselves off as interested in purchasing high-value timepieces. By an astounding sleight of hand, they somehow managed to switch the real watches for plastic imitations.

Speaking to The Sun, the store owner explained, “He had a look at the watches and the paperwork which he said was fine. Then he swapped the bags. I don’t know how he did it. His hands must have been like a magician”.

This haul is thought to be the largest one of its kind ever reported. Included among the stolen watches are three Richard Milles timepieces worth around £400,000 each. Rolex and Audemars Piguet watches were also missing.

In CCTV obtained by The Sun, a well-dressed and clearly very well-prepared couple can be seen entering the store, after first booking an official appointment with the owner. They had secreted about their person an envelope-shaped bag, exactly the same as the white ones used by the store to present their watches.

When the owner passed the couple a white bag containing nine of his expensive items, they  -miraculously managed to swap their identical bag – containing cheap fakes – for the real one. Once the switch was complete they exited the store on the pretence of going to arrange the money transfer.

Of course, they never returned, and when the owner later looked inside the bag, he discovered their elaborate scam. “They knew exactly what they were doing”, he said. Due to receiving death threats, the storeowner avoided going to the police. Instead, he circulated the CCTV among fellow jewellery stores.

It is believed that the watches could have been smuggled overseas. Two months after the con, a Knightbridge jeweller thought he recognised a Romanian woman in his store as being the female in the CCTV. She was subsequently arrested before being released on bail.