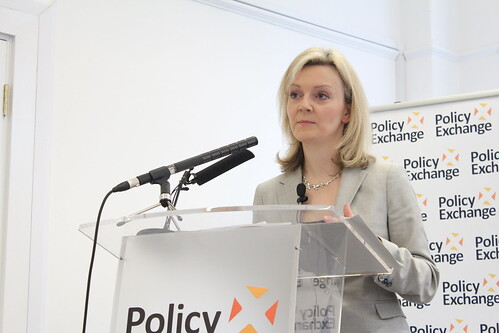 UK taxpayer money is still flowing into Russia it has emerged, after Liz Truss admits that the British government is still awarding contracts to UK businesses still operating in Russia.

The information uncovered by the Independent shows that contracts worth £295 million (299 million euros) were signed with 15 multinationals that are still doing business in Russia.

Ministers have been urged by the newspaper and others to cut ties with these companies whilst they still operate in Russia, with more than 600 companies known to have withdrawn from the country since they invaded Ukraine. Of those at least 214 are known to have maintained a presence in the country according to Yale University research.

John Lough, an associate fellow of the Russia and Eurasia programme at Chatham House said: “These companies are blunting the effect of sanctions measures and undermining the west’s unified response to the war,” adding that it was “bizarre” that some multinationals were continuing to conduct business in the country.

Foreign Secretary Liz Truss has admitted that money from the west is still flowing into Putin’s ‘war machine’, with Vasylenko saying:  “The government is continuing to fund these companies, which are paying into the Kremlin’s budget, which then uses that money to kill Ukrainians.

“Every single penny paid into the Russian budget, be it in taxes, investments, or any other form, is a penny spent on bullets that are killing Ukrainian people. They are using the money not to improve the welfare of the Russian people, but to destroy the welfare of Ukrainians.”

The Ukrainian parliament drafted legislation earlier this month that aims to penalise companies with links to Russia as well as those resident of the country linked to businesses in the Ukraine, by imposing higher taxes.

Vasylenko said similar legislation should be adopted in the UK. “The British government should be imposing a heavier tax burden on those companies which have yet not left the Russian markets.”

That call has been added to by Bill Browder, a British-American financier and the largest foreign investor in Russia until 2005. He has been the subject of repeated attacks by the Kremlin and has said the UK “should not be doing any government business with companies that have refused to pull out of Russia.

“Anybody who is doing business in Russia is indirectly funding the murder of Ukrainian civilians.”

These companies have been issued government contracts for a wide variety of services that includes engineering inspections, building installation work, repair and maintenance of medical equipment, servicing and reconditioning of lifts, hazardous materials training, the supply of glazed windows, monitoring and measuring local air quality, and the delivery of electricity and gas.

The contracts have also been issued from a number of different government departments and agencies including Whitehall, local government, NHS trusts and others.

The total value of contracts issued cannot be estimated as some have been awarded indirectly.

Layla Moran MP, the Liberal Democrat spokesperson for foreign affairs and international development, has called on the government and ministers to “sever ties with firms still doing business in Russia, so we can drain Putin’s coffers until he stops his invasion”.

She said: “We need to send a message that it is no longer business as usual,” she said. “It is outrageous that while Putin’s war machine continues to level Ukrainian cities, the UK government is still conducting business with Russian-linked companies, all funded by the taxpayer.”

The revelations about the UK’s links to businesses operating in Russia have come as European officials are preparing plans for a phased ban on Russian oil products.

Ukraine’s president, Volodymyr Zelensky, accused European countries that continue to buy Russian oil of “earning their money in other people’s blood”, however changing their supply has not proven easy for many countries.

According to Albrecht Ritschl, a Professor of Economic History at the London School of Economics, explained: “Russian money is everywhere, driven by its vast exports of oil, gas, metals and what have you. We’ve grown addicted to that; it was the mainstay of Russia’s soft power. Will we wean ourselves off it? Time will tell. It would be nice to do so but it will also be expensive.”

Responding to the Independent a UK government spokesperson said: “We have been clear from the outset that public money should not fund Putin’s war machine.

The Independent has contacted all the companies who have received taxpayer’s money and who are still involved in Russia,  however only five responded saying either their business was minimal or was being wound down. Although Liz Truss admits UK government money is still flowing into Russiano action has yet been taken to stop the flow or to change the law despite calls to do so.