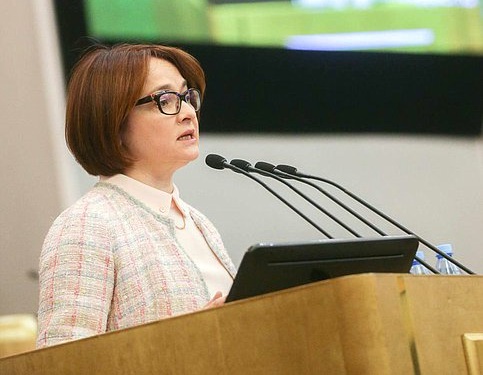 The Central Bank in Russia admits on Monday April 18th that it’s struggling to find foreign-currency options since the imposition of sanctions.

According to a report by Business Insider, Russian Central Bank Governor Elvira Nabiullina has admitted that they are experiencing difficulties in finding alternatives for their frozen currency holdings. According to Nabiullina about half of the bank’s foreign reserves of $642 billion (595 billion euros) have been frozen leaving it with just its gold and China’s yuan in reserve.

Speaking to a parliamentary committee on Monday she said: “We need to look toward the future, but at the moment I am struggling to give specific suggestions.

“The list of the countries issuing liquid reserve currencies is limited and they are the ones that have taken hostile measures and limited our access.”

Prior to the invasion of Ukraine, around 11 percent of Russia’s holdings were in dollars. The bank had being working to decrease its US exposure for some years whilst moving to increase its euro and yuan holdings. However now with than a third of its reserves in euros and much of the balance in the pound and the yen, the country no longer has access to the funds.

With all those reserves frozen due to sanctions the Central Bank has been forced to take drastic measures, with steep interest rate hikes and stringent capital controls such as limits on what funds Russia can transfer.

Nabiullina said that interest rates have been eased and will be eased a little further, as well as loosening the requirements for exporters to sell foreign-currency proceeds.

She added that the bank is also planning legal retaliations against countries that blocked Russian assets, but any action “must be very carefully thought through…so that we might get the desired result.”.

Continuing she said it could take two years to pull inflation back to its 4 pecent target and warned that the effects of sanctions are moving from financial markets to the real economy. That she said meant a restructuring of the economy with industry needing to find new partners and to adapt to the changed environment.

She added that: “The period when the economy can live on reserves is finite,. And already in the second and third quarter we will enter a period of structural transformation and the search for new business models.”

The Central Bank Governor worked hard to put a positive spin on an ever-worsening position in Russia as she admits it’s struggling to find foreign-currency options.