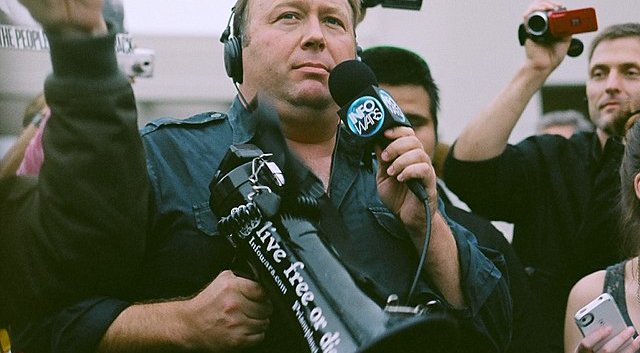 A report by new network Bloomberg says that Infowars, the conspiracy theorists linked with Trump, have filed for bankruptcy after amassing debts of over $10 million (9.25 million euros).

The filing by owner Alex Jones comes after the relatives of those children who died in the Sandy Hook massacre brought lawsuits against the radio host. Jones was found liable last year of making false claims about the 2012 Sandy Hook shooting saying it was a hoax that was motivated by the gun control agenda.

He is currently awaiting a trial that will determine how much Jones will have to pay, having also been found liable in three other lawsuits in Texas.

It is understood that he has sought chapter 11 protection in Southern Texas for three of his companies including the Infowars website.

If successful with his application, Jones will be allowed to continue operating the companies and with court approval borrow money. The filing would effectively protect him against further action by debtors, however it is not known whether his application will be approved given outstanding court cases.

The conspiracy theorists and controversial radio host has made repeated bogus remarks in the aftermath of the Sandy Hook shooting where 20 children and six staff members were killed. In his claims he said that it had been staged by politicians and that the grieving parents were “crisis actors.”

Lawyers acting on his behalf later claimed that he did not dispute that the Sandy Hook shooting happened, but argued relatives were trying to “silence” his right to free speech.

At the time Jones’ Lawyer Norman Pattis told the Associated Press: “I had the impression watching the attack on Mr. Jones that this trial will be about something far greater than what happened at Sandy Hook.

“The trial’s going to be about ordinary people’s ability to say I’m not buying it, I want to raise questions, I want to draw my own conclusions.”

The radio host has been fined many times for failing to appear before the courts claiming illness, however the Connecticut judge Barbara Bellis said there was insufficient evidence to prove he was not well enough to attend.

Jones was found guilty “by default” after his lawyers produced insufficient evidence requested by the plaintiffs with families of the deceased suing Jones, rejecting a settlement offer of $120,000 (111,000 euros) each.

In rejecting the offer they called it a “transparent and desperate attempt by Alex Jones to escape a public reckoning under oath with his deceitful, profit-driven campaign against the plaintiffs and the memory of their loved ones lost at Sandy Hook.”

It is not clear whether chapter 11 protection will be afforded or even entertained, either way as conspiracy theorists site Infowars filed for bankruptcy so it will be a big blow to his supporters and consipracy theorists across the US.