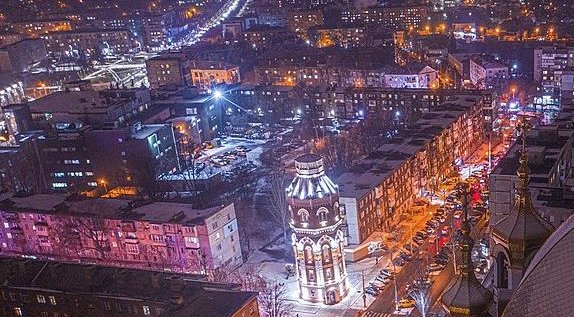 Ukraine Conflict: Family of a British prisoner of war plead for release. The British fighter’s family have also called on the Kremlin to ‘ensure his rights are respected’.

Ex-British Army soldier Shaun Pinner, 48, was captured by Russian troops while fighting in Mariupol with Ukrainian Marines. His family have called on Russia to release him, as reported by The Metro on April 18.

Shaun’s family said: “Shaun was a well-respected soldier within the British Army serving in the Royal Anglian Regiment for many years. He served in many tours including Northern Ireland and with the United Nations in Bosnia.

“In 2018 Shaun decided to re-locate to Ukraine to use his previous experience and training within the Ukraine Military.

“Shaun enjoyed the Ukrainian way of life and considered Ukraine as his adopted country over the last four years. During this time, he met his Ukrainian wife who is very focused on the humanitarian needs of the country.

“He progressed into the Ukrainian Marines as a proud member of his unit. At the end of 2022 his three-year contract is due to end and he was planning to enter a humanitarian role within Ukraine.”

Shaun’s family clarified that he is not a mercenary nor a volunteer. Shaun is serving with the Ukrainian army.

His family added: “Our family is currently working with the Foreign Office along with the family of Aiden Aslin who is also being held by the Russian Army to ensure their rights as Prisoners Of War are upheld according to the Geneva Convention.

“Shaun is a funny, much-loved, well-intentioned Husband, Son, Father, Brother and Friend to many.

“We are hoping for a quick resolution to allow Shaun and Aiden to return safely to their families and we ask for privacy at this difficult time. Our hearts go out to all those caught up in this horrific conflict.”