We are fighting a holy war says Russian politician 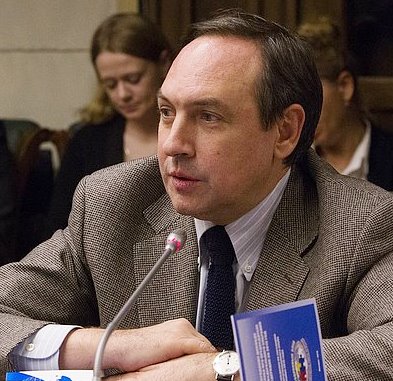 A Russian politician and member of Putin’s ruling party says on national TV that the country is fighing a “holy war” in Ukraine, “a fight between good and evil.”

Speaking on a Russian TV programme, Vyacheslav Nikonov described the invasion by Russian troops as “a struggle between good and evil.” This despite international condemnation and that of the Pope who said: “May this war cease! May weapons fall silent. Stop sowing death and destruction.”

“This is truly a holy war we’re waging and we must win.”.

Nikonov, who is one of those sanctioned by the West. Claimed on Wednesday that Russia was battling the “Fourth Reich” with its invasion of Ukraine.

“The block of imperialist states will not be complete until it coincides with the Hitler coalition.

Despite growing evidence of Russian atrocities and mounting proof of genocide, Nikonov remains unwavering of his support for Russian President Valadimir Putin and the invaaion of Ukraine.

A member of Putin’s dominant United Russia party, which controls nearly three quarters of the State Duma, Nikonov and other Russian leaders have claimed that Russia attacked Ukraine in an effort to “de-Nazify” the country and remove its “neo-Nazi” leaders from power. In reality, Ukraine’s President Volodymyr Zelensky is Jewish and had family members who were killed in the Holocaust genocide perpetuated by the German Nazis in World War II. When Zelensky won the presidential election in 2019, with nearly three-quarters of the vote, Ukraine’s prime minister was also Jewish.

Announcing that Russia is fighting a holy war in Ukraine is a thinly veiled attempt by the Kremlin to once again control the war narrative in Russia, and to garner popular support at home despite the mounting cost and loss of life.