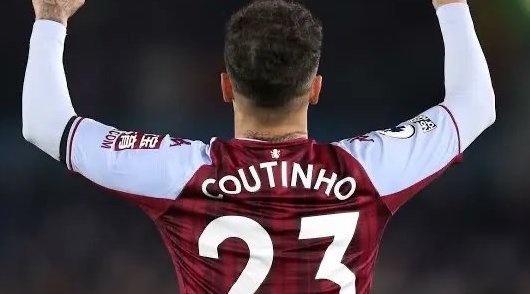 The playmaker is currently on loan at the Villains from the Spanish giants.

PREMIER League side Aston Villa are apparently looking for Barcelona to accept a ‘half price’ deal for Brazilian star Philippe Coutinho, who is currently on loan at Villa Park from the Spanish giants.

According to Spanish media reports, the 29-year-old is seen as an ideal signing for current Villains boss Steven Gerrard, who played alongside the playmaker at Liverpool.

Coutinho, who enjoyed an impressive start to his Premier League return after a tough time in Spain, has a €40m (£33m) purchase option included in the agreement, as reported by Sport. However, Villa are looking to sign the midfielder for half that.

In their report, the Spanish publication claimed that “Steven Gerrard is in favour of signing Coutinho, but Aston Villa seems to want to cut the transfer fee by half, arguing that they will have to assume the player’s entire (salary).”

Coutinho is believed to be earning in the region of £480,000 (€597,000) per week at Barcelona, which could prove to be a stumbling block for the team, which currently sits 15th in the league.

Speaking previously about a potential deal for the former Liverpool star, Gerrard spoke of the talent possessed by the Brazilian but urged caution over any proposed deal.

“When he’s comfortable, he’s happy and he’s enjoying his football we all know we’re dealing with a world-class talent,’ the Villa boss said previously.

Speaking of any potential deal, the former Liverpool captain said: “For me, it doesn’t make sense to make any decisions now or say anything else on this, we just need to keep enjoying him and keep him healthy from now until the end of the season.”

However, Barcelona have their own financial difficulties and reportedly needs to balance their books by June 30 – which could play into the hands of the West Midlands club.