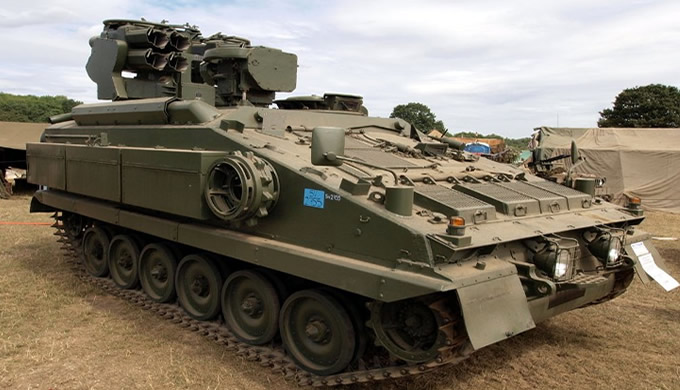 It has been revealed that the British Government will be supplying Ukrainian President Zelenskyy with the most deadly weaponry yet. A deployment of Stormer HVM (High-Velocity Missile) armoured missile launchers is allegedly being prepared, along with 120 personnel carriers, according to thesun.co.uk.

“It is no secret that the UK has committed to helping Ukraine with its anti-air capabilities”, a source is said to have told The Sun. “The Defence Secretary Ben Wallace will be making a statement to Parliament this week”, they added.

According to the source, Ukrainian officials witnessed the weaponry in action during a display by the MoD two weeks ago on Salisbury Plain.

Operated by a three-man crew of driver, gunner, and commander, the Stormer can deliver its deadly payload of 17 Starstreak missiles on the enemy, and then travel at speeds of up to 50mph to escape quickly.

“The Stormer/Starstreak combination will be a huge boost to Ukraine’s fighting capability”, commented the former commander of British troops in Afghanistan, Colonel Richard Kemp. “It is an extremely effective, highly-mobile combat vehicle that will do severe damage to any attempts at low-level attack by Putin’s air forces”, he added.

There is little doubt though that this action will further infuriate Vladimir Putin. As Col Kemp pointed out, “This news will anger Moscow, which is already threatening retaliation against the West – especially Britain – for supplying weapons”.

“Unless Putin wishes to initiate a war with Nato he cannot attack weapons supplies before they enter Ukraine”, he continued. “However, he could carry out cyberattacks, sabotage, assassination, or other covert attacks for which his intelligence services have proven capability, including in the UK”.

“These vehicles are the best kit yet sent to Ukraine and will leave Russian pilots quaking”, assured Dr Alan Mendoza, from the Henry Jackson Society security think tank.