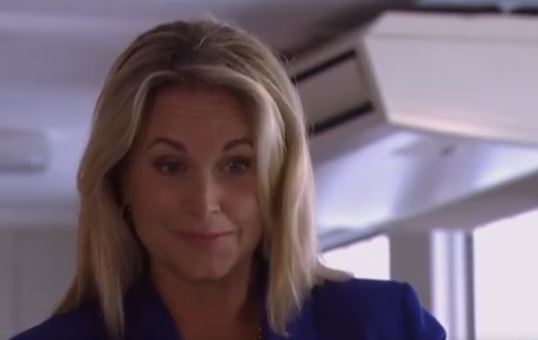 EastEnders’ Sam Mitchell returns as fans delight over Kim Medcalf. Some viewers though believe that only Danniella Westbrook can do the role justice.

Sam Mitchell made a surprise appearance on EastEnders on Monday, April 18. This is the first time that Kim Medcalf has appeared in the role for 17 years.  Danniella Westbrook reprised the role previously.

Kim returned to the TV show to reunite with her on-screen brother Phil. She only appeared briefly during the episode for a shock twist, according to The DailyMail.

Delighted fans saw Sam return sporting a daring outfit. On the show, Phil commented: “Mum would’ve dragged you back in the house for wearing that.”

Sam quipped: “Never mind that you’re getting done for murder, I’d still be the one in trouble, wouldn’t I?”

One fan tweeted: ‘YES. She’s the BEST SAM MITCHELL. I was hoping it was her.’

Another added: ‘Yay #SamMitchell is finally back.’

Some EastEnders fans thought Danniella should have returned.

One Danniella fan said: ‘I wish her all the luck in the world and it must be wonderful to have ‘the role back’ and she’s a great actress, but despite all the drama that’s gone on over the years – for me, only @westbrookdanni makes me believe ‘Sam Mitchell’ is in town. The rawness she brings to it is [crown emoji].’

Another person commented: “Wow, I didn’t realise that Medcalf was last in EastEnders in 2005. In fact, I’d forgotten Daniella Westbrook came back the last 2 times!”